Yahoo and the “Everybody but Google” Realities of Local Search 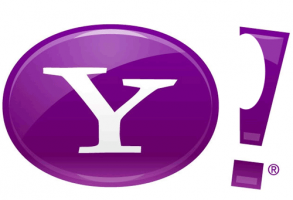 Last week Yahoo announced their Yelp review partnership with a great deal of fanfare and bravado. Putting on a happy face is standard fare in these sorts of situations and Yahoo is no exception. The press ate it up and we saw headlines like: Yahoo-Yelp Partnership Another Bold Move for Marissa Mayer

But the reality is that Yahoo hasn’t really had the lights turned on in local for several years so this announcement that effectively kills their review business should come as no surprise. This recent move was foreshadowed by their rollout of the Yext based Localworks service last year.Given that Yahoo has had so little presence in local search for the past few years it will have little impact one way or the other on most small businesses looking to search for customers. But the move does reflect a deeper reality of local search.

I see it as part of a larger trend where companies like Yahoo have essentially finally realized the futility of their local effort and have exited what was traditionally the local search space. It has become a two part world: Google and everyone else. Most of the “everybody but Google” (EBG) crowd  finally recognize that they can’t individually compete (or even survive) head on with Google in this space. Now they are starting to protect what small part of the market they have left with these sorts of sharing deals while they figure out how to compete going forward.

The reality is that these sharing deals could have been made from a position of greater strength several years ago and would have freed precious capital and development energy. At the time of the Bing search takeover at Yahoo, I suggested that Bing should consolidate their local search as well to attempt to achieve some scale. It obviously didn’t happen. A number of years ago I was involved in an effort to get these other players like Citysearch to participate cooperatively to gain economies. It wasn’t going to happen even if they had to cut off their noses to spite their faces.

The original model behind local search was that each directory site would allow for an SMB to claim their listing, contribute some current information to the local search results. This would form the basis of a relationship between the SMB and the directory leading to future sales opportunity.

Turned out that it was expensive for the directories to manage this process. More importantly it was difficult to gain any ongoing relationship with the SMB in a way that secured enough (or any) revenue to cover those costs. Companies often leveraged these businesses listings in SMB antagonistic ways to garner some profit.  Or resorted to strong arm sales tactics. A few figured out  a niche from which to eek out enough income to stay in the listing game.

But competing for every small business listing on a world wide (or even country wide) scale against Google  has become a non starter for most of them.

Last year Marissa Mayer, in recognition of this fact, noted: “I really do love [local], but it requires a deep investment, a lot of energy and time to build terrific listings. We already have some products in this area. They’re good at the moment, but it’s hard to take that next step. We don’t expect to make changes in the short term. It’s not an area where we’re going to make significant investments right now.”

Even so, there is no indicator that this outsourcing will guarantee their survival let alone their thriving in local search. This holds true as much for the licensors as the licensees.We can only just imagine that Yahoo figures out a successful way to reenter the local market place in a successful way in the future that benefits the small business and themselves. And creates a meaningful marketing platform that is a win-win-win – for the searchers, the business and for Yahoo.

Very frustrating that review content continues to be ‘outsourced’ to Yelp, when most would agree it is a deficient platform at best.

I’m puzzled by your last point:

Is there anything specific you can picture Yahoo doing to “reenter” the local arena? Seems like it’s not going to get any easier for them to do that. There’s nothing proprietary about Yahoo Local any longer, other than that it’s (sort of) a search engine that doesn’t start with the letter G; it’s a blended family, minus the “family” part. Meanwhile, Google isn’t going to get any smaller or less-sophisticated.

@Phil
The future is a multi pronged variation of paths leading away from the present.

I see that local like mobile can be disrupted with new technologies and new platforms.

I have no idea other than to say that disruption is real and can lead to different outcomes than we imagined in the past.

@Dan
It is but a mirror of the greater reality of capitalism. Just faster and more obvious than most industries.

So what’s going to happen with the Yahoo local reviews? Are they disappearing or showing up along with Yelp ones?

@Joy
I don’t think this affects their review corpus nor their ability to gather reviews one way or the other… .it is just an acknowledgement that it wasn’t working particularly well. But like with Bing that could change and they could stop taking reviews. I am not sure.

Boy, that is a rich article, Mike. Very interesting. thanks.

Its tough to be a local small business. Your business is local. You have to fight through the noise and competition, and grab the attention of local customers. Where how, and how to do it while giving great service, and making a profit. Those are the questions and the tricks.

Advertising was available in print, tv, and radio. Its still there, but muted, far more varied, with endless more choices, each with smaller audiences. The smaller the audience, the less effective for the smb.

Social media is different. FB is king, but there is room for earls, and lords, and other competitors ie twitter, pinterest, etc etc. I find it hard to be effective on more than one social media. One can cross pollinate comments, but if the responses are many it takes a lot of time to respond.

Mobile is different altogether. A mobile builder can build its own apps and gain instant market share from elements of search that competing SE’s have not been able to win from google. Apple Maps “might” be the big winner there, over time. We’ll see.

Disruption is a terrific choice of words, on your part. Very insightful article. Thanks.

@Dave
Google has disrupted all of those mediums online and off to the point that
1)It is hard for the competitors to achieve scale so that they can offer reasonably priced products
2)It is hard for the SMB to know which of these alternatives he/she can use to successfully and cost effectively target his/her potential customers.

There is the hope that FB and social media can provide an alternative low cost, widely successful path to these new customers. But it has not happened yet.

Of course “disruption” happens. But it’s rarely by has-been companies like Yahoo. The giant-killers are companies that are small because they’re new and don’t have money yet to implement big ideas. Yahoo is moving in the opposite direction: they still have lots of money, but admittedly aren’t putting it toward “local.”

Like you, I hope and expect that somebody will come along and disrupt local. But if you’re saying Yahoo might be that company, I’m afraid your logic escapes me. Maybe if it and Bing and Apple and Yelp all find some way to gang up and do something creative…maybe.

@Phil
I would have agreed with you pre Mayer. But I think Marissa Mayer brings something special to Yahoo and that they are as good of a candidate as anyone to bring out an effective solution.

Mike- Would you count a Yahoo acquisition of Foursquare as a solid re-entry into the local space?

Absolutely. I think most folks would.

…but it would depend on what Yahoo does with Foursquare.

We see yahoo traffic to our smbs. Its a distant third after google and bing and above all else. Interestingly we see dramatically more yelp traffic on mobile than we see from Bing.

Of course its all a distant “something” after google.

BTW: For smb’s with a strong yelp visibility and serps presence for discovery traffic we see significant yelp traffic on its own. It comes off of pc’s and off of mobile.

From our customers we know yelp has a branding value. They (our customers) know it. We haven’t seen it from any other directory. NADA. …maybe the YP variants were there years ago…but its been years.

Possibly yelp reviews give yahoo local a certain additional “richness” but frankly people have to go there first to experience it. That is the issue in this situation….just as it was the issue when bing connected to FB.

….and I’m not aware of that connection dramatically helping bing. Is anyone?

…so yeah…its google and the “everybody but….scenario, in our perspective.

@Phil
This article gives an inkling of the possibilities that are in front of Yahoo.

If Marissa is actually going to step up and try to make Yahoo Local work, tI think sponging off of Yelp is just a shorterm gimme. Meanwhile, keeping Yext is a potentially poisonous way to staff the field. Everyone seems to be at peace with the idea of enabling a paid link provider to operate inside the local ecosystem. If you pay a company to instantly update a ton of links across a network of sites; isn’t that a paid link network? Transient paid links as described in Yahoo’s own vernacular are ads. I expect a Yahoo to clean up the scene, step up to the plate, and swing for the fence. Small business needs an advocate that will give us a chance to compete. In exchange maybe small businesses will make Yahoo Local work.

@Eric
One would hope that Yahoo does swing for the fence. As I said in the article and reiterated to that curmudgeon Phil: Here’s hoping.