Google Places Gets Down and Very Dirty 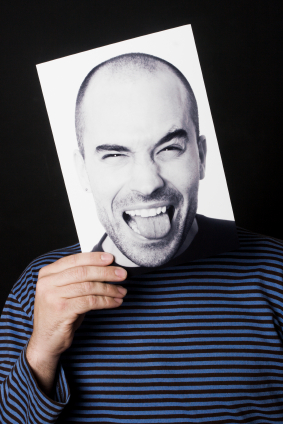 Google Maps & Places has always been the playground of bad actors, whether the computer repair company that got carried away with bulk uploads, the non existent locksmith, the plastic surgeon with fake reviews or the less than savory payday loan folks masquerading as local businesses in an effort to get customers. In the legal scheme of things there were mostly deceptive and only occasionally criminal but heck they were “just trying to make a living”. 🙂 But leave it to the SEO business to really lead the dive to the depths of depravity in the Maps world.

There have been several tales of extortion reported in the past few weeks that describe  holding a businesses listing in Maps “hostage” until some form of payment is received.

From the Google Forums:
My business has a couple address that are both listed and claimed in google maps. However, if you do a search of my domain name, you will see three pages of results, all but two of which are wrong.

The wrong listings have a bad phone number, random business name, and random address, but it does list my company domain. These listings have already been “Claimed by owner” so we cannot go in and fix them.

This was brought to our attention today by a phone call from a “marketing expert” who pointed out this problem and how it could get us banned from google. When we refused to pay him to correct the problem, he threatened to flag our real listings and get them removed/penalized if we didn’t pay him. This person obviously created about 25 fake listings with my domain in another Google Places account before calling to point out this “problem” and is holding the ability to delete them hostage… There is no way for us to correct the listing.

And this report from Webmasterworld (Hat tip to Andy Kuiper, an SEO Analyst in Vancouver):

This has happened to two companies that I work for in the past 6 months. Wondering if anyone else has seen the same…

A bunch of negative reviews are posted in Google Maps for a particular company. About a month after the posts, the company gets a call and is told that the negative reviews can be removed for a fee… typically $400. We have been flaging the reviews, tey it seems to take google forever to even take a look.

If nothing else, Maps never ceases to entertain but these reports indicate a new form of criminality. It seems that Google’s current reporting mechanism and customer support structure of the “report a problem” link and the forums is woefully inadequate to deal with this sort of problem. How would you handle this situation if one of your clients was being extorted? Should Google create some communication mechanism to deal with this?

It is truly important to claim first and ask questions later. However, there needs to be more that we can do to assist our clients with this growing problem.

Might be time to find this culpretes and give them a taste of their own medicine.

I totally agree, Google needs to up their verification methods to ensure these hijackers don’t make false claims. Either that, or somehow confirm the consistency of information on the web, of the business and for their listing.

Sadly I have seen this happen also. I am looking forward to when Google implements a verification process like Webmaster Tools. One should be able to verify a website in webmaster tools, analytics and local all at once – if all are in the same google account.

These type of problems escalate the issues with G Places. It moves into extortion which is a crime. BTW: One of our businesses got an anonymous attack in Rip Off Reports. On that day, a couple of hours later the business received a call offering to take down the negative anonymous review with a payment of course.

G Places should contact its universe of businesses that have claimed listings. G already sends emails to these businesses. They should create an immediate alert with regard to contacting authorities w/ regard to extortion.

Of course that could mean that every time an SMB gets a bad review that might simultaneously report an extortion claim. What a can of worms this could be.

That would create some form of accountability at the point where the entire review process starts.

Finally, after reviewing the thread, I note where you contacted Google Places personnel to take a look at the problem….and they did.

That place needs more than 1 Cop aka Blumenthal . Google Places can’t you increase the number of personnel policing things inside G Places and correcting mistakes.

I would like to see Google Maps remove all reviews and the ability to leave reviews at all. It has been so corrupted it is now really of no value at all to the consumer.

This happens to me all the time. Here is a listing some fool tried to sell me. Notice it uses Google Voice and has a ONE PACK! He called me and said it was white hat and that I had duplicate listings and I could be banned unless I hired him. But with his method, I could always have a one pack.

And Google seems to be more interested in selling tags than removing this crap IMMEDIATELY. All this does is embolden spammers. I mean, since the spam does not get removed, it appears this is legit practice to a novice.

@Domenik: But Google creates tons of non owner created listings for my business. If I claim them all, then I get penalized for multiple listings.

And community edits is a joke. I have one listing that has not merged despite several months.

….sigh…sure wish these idiot criminals would find another line of work tho, eh!

Wow I was not aware it had gone to this level but it does not surprise me. This is right up there with the Getty Images extortion letter. The root problem goes back to Google themselves. They have designed a system that is so filled with holes yet so profitable to violate that these problems were inevitable. Combined with the recent alg changes that are again favoring keyword spammed business names it has really become a quagmire.

Seems a smart attorney might find opportunity in these extortions to file a class action against Google for enabling the thieves.

@Mark. Isn’t it shocking that the title of a business is given any significance at all? I mean, these SEO companies are charging some people I know over a thousand a month to create and “maintain” these fake businesses that RARELY get removed. Even if they are removed, many re appear in the one packs.

All you have to do is get a url that is similar to the title, and with zero backlinks and a few on page adjustments, a fake listing can destroy a business like mine that has thousands of legit backlinks and high PR. Simply crazy!

@panzermike – You don’t even need a website to get a SPAM Google Map listing as pointed out above in the “Los Angeles Personal Injury Attorney”.

As of late, many businesses have fallen off of the map in a big way only to be replaced by un-verified listings that somehow are able to sit in the top spot for weeks on end. Some businesses then panic and make changes to their verified listing and then they really lose it when they are nowhere to be found.

Google gives then Google takes away.

It used to be so so easy when people relied on the phonebooks where info was in one place but now the problem is that the information is everywhere and nothing is consistent and that causes problems with Google’s data, garbage in, garbage out!

Unbelievable. Should we have seen this coming, considering the holes in Maps? Probably.

Mike, how exactly is it that the crooks are claiming the false listings? Do you know?

I commend Dave’s suggestion of Google sending an email alert to all verified users regarding this practice. Or, at least, they should have a page explaining this new extortion practice, rather like PayPal does.

Here is the problem though: Google could explain the issue to SMBs, but will it have any way to crack down on the practice, or will it simply ban the innocent SMB’s legitimate accounts, thereby becoming a party to the scheme while dealing out unmerited punishment.

A can of worms, indeed.

@Dennis. Forget Yellow Pages. Before Maps, We had a thriving organic searach based business. We had national rankings. We worked years, weekends and evenings writing articles, news, socializing.

Then, all of a sudden, Maps with no, or very vague rules came along and it was 1994 again. Akthiugh we still have great organic rankings, but they were pushed down in favor of an unstable technology, that indiectly rewards spammers, and severely hurt my bottom line.

I am evolving, but every time I check my Places listings, I feel butterflys and hold my breath! 🙂

In many ways, Places is how Google was back in the days of paid links and the Google Bomb. It is simply too easy to manipulate. SEO companies are basically pulling the same scam they did back when people were selling links for PR and rankings.

Unbelievable! The nerve of some people!

Crazy! I can’t believe that people even came up with this scam. I will watch for this on my clients sites for sure.

Scary things that but not really surprising either.

Tip #2
Ensure all details on your listing are the same across the web and are accurate – company name, address, phone numbers and web address and physical address