The GMB Branded searches, reported at SEL by Barry Schwartz, is apparently being rolled out. As noted in the graphic published at SEL, it appears to be a count of “customers who find your listing when searching for a brand related to your business”. I take that to mean if I search for nike shoes bufflo ny and I see “Rick’s Sports and Apparel” then it would be counted as a ‘branded search” for Rick’s.

In typical Google fashion, though, they have muddied the waters as to exactly is being counted by providing this explanation in their help files:

This is totally nonsensical as 1- this would duplicate direct searches and 2- a search for McDonald’s would return “your fast food restaurant listing”, it would return McDonald’s. I have asked for clarification from Google as to what it actually means, which very well could be a third definition.

The other product, still in beta, is a feature to “Add a Product Collection” that adds products to your mobile Knowledge Panel. It was first reported out by Nathan Schoell of DealerInspire. According to Nathan, if you are using the Product Collection feature then the Services tab in the KP disappears. He noticed the feature in Car Dealer categories and Auto Repair Shops. 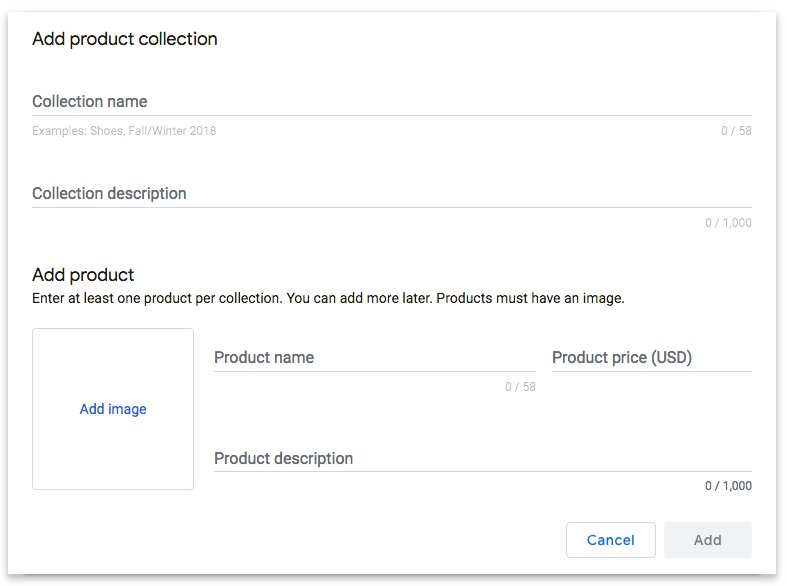 The new feature was also reported by Cordell Crowley at the Local Search Forum where he saw the feature in the Florist category.

When you step back and view these two developments from 10,000 feet several interesting possibilities arise. We know that Google in general and Google Local in particular is looking to vacuum up ever more granular data about the real world.

This recent FastCompany interview with Jen Fitzpatrick, VP of geo at Google and who effectively  has “overarching responsibility for Google Maps and Local”.  She noted:

I don’t consider mapping a solved problem anywhere in the world. To use your example, we might now have sidewalks or pathways through a park, but we still, by and large, don’t necessarily know which parks have playgrounds or which parks have barbecue pits. If you’re trying to plan an outing with your child or an event with your family, those are pretty important things that are going to deeply influence your decision about whether that’s a good park for you to choose for your next outing.

That’s just one example. It’s increasingly not enough for us to know just that there is a coffee shop on the corner over there. If you’re trying to decide whether to spend your Friday night studying at that café, it’s going to be really important to know if there’s a rock band playing there, or if it’s going to be a quiet, cozy setting.

Barbecue pits might be of interest in a broad sense to Google Maps but there is little monetizable value in that granular piece of information. It is the type of information that will attract users and keep users on Google Maps instead of elsewhere. But every person looking for a barbecue pit in Fireman’s park is also a shopper. And these new products speak to those shoppers in a way that is both useful AND monetizable.

Google has in the past said that ‘brands are how you sort out the cesspool”. But what does that look like at a local level where the websites are weak and Google’s broader brand understanding of most local businesses is very limited?

It looks like product. Paid product by major brands yes but more than that. Product in general, wherever it is, whoever is carrying it. 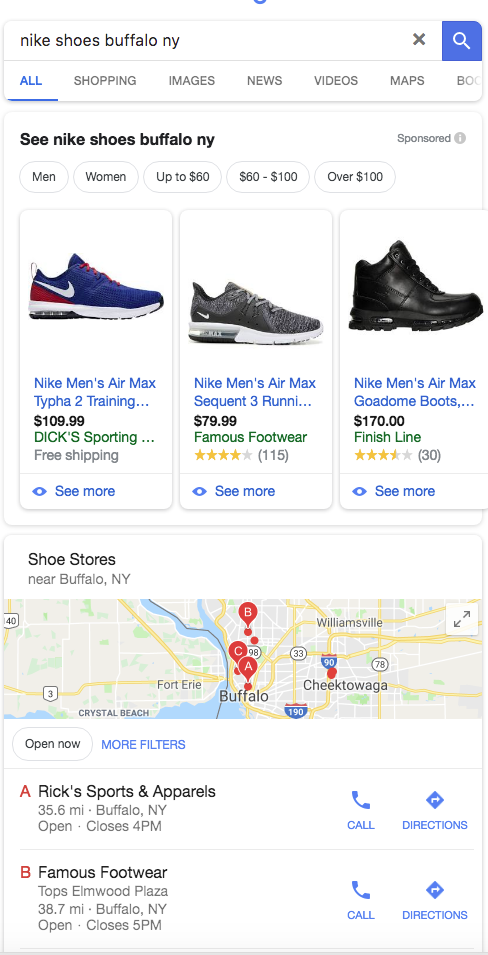 And, in case you haven’t noticed, Google has been on a spree to get localized product information and incentivize sharing it with Google local in a number of ways.

In May of this year, Google introduced a new Post type called a Product Post that showed in posts but also aggregated in the Product tab of the mobile Knowledge Panel. 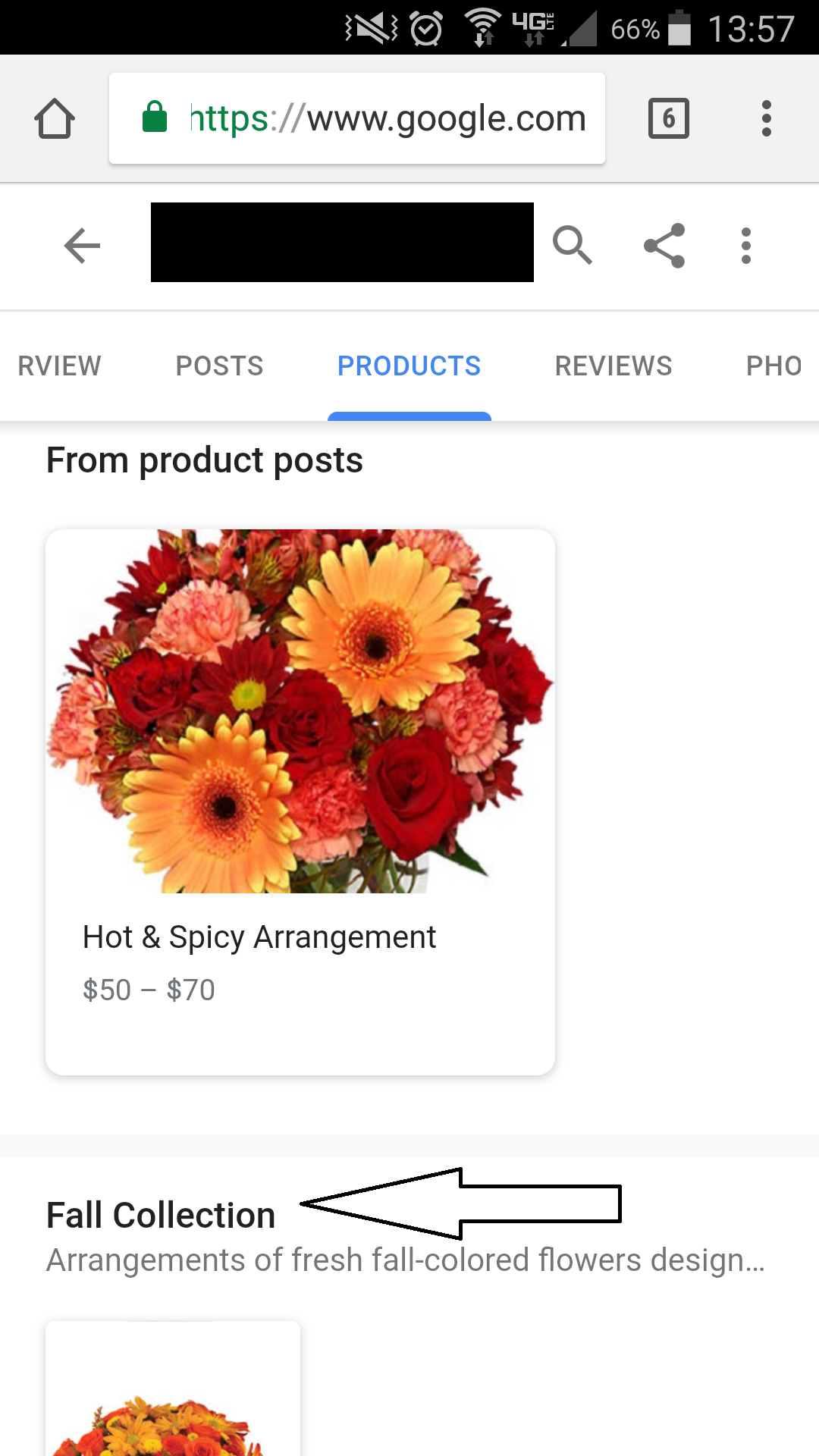 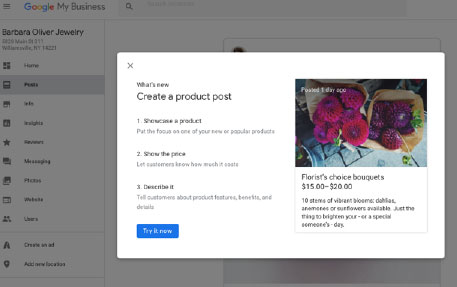 Shortly after, in June, Google rolled out “See What’s In Store” as a free Knowledge Panel feature as part if its new inventory feed program. 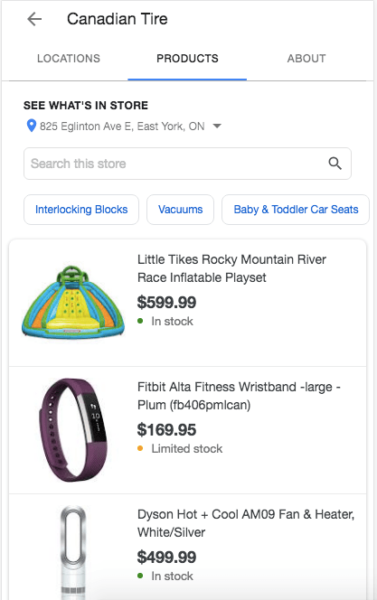 Clearly, Google, at least in the mobile world, is working very, very hard to convince merchants to give it, product information. Product information in their Knowledge Graph makes it a trivial task for Google to understand the brand information about that given location whether the information is on the local business website or not.

The Insights report, highlighting brand queries,  gives a somewhat abstract feedback mechanism for a business to understand what folks are looking for and the various product “feed” mechanisms give that business a way to nurture those searches.

Given this arc of these recent developments I would not be the least bit surprised if the Product Collection feature makes it into the GMB API sooner rather than later. And this would provide an obvious monetization method much like the recent discussion around monetizing a Posts API for multi location brands.

What better way to answer customers queries, clear the cess pool and make money. All the while garnering an ever increasingly granular view of the local world that keeps Google Local more than one step ahead of the competitors.

Are the branded searches incremental or a subset of what was already reported?

Branded searches (as clarified by Google) are an incremental form of discovery search.

When Google says “Branded” search they are actually saying a “a mention of a national brand” that will result in a SMB business listing showing.

For example “Nike Shoes nearby” might return Dick’s Sporting Goods. THAT would be a “branded” search”

Thanks Mike, very interesting. We have been working on these branded searches for a while. We started to see them really ramp up about 12 months ago. I have been meaning to write a blog post on our findings, but never found the time.

Is there any discussion anywhere of what’s currently known about how to rank well for branded searches? If one doesn’t exist, then I should write up our findings.

I have not seen anything specific written. Go for it.

I’m happy to see this additional definition but wish that Google would connect the dots with the ‘queries used to find your business’ section and specifically denote which queries are classified as Branded, Discovery, or Direct. For instance, a large health system in Kentucky has walk-in clinics located with Wal-Mart. The branded search piece of the pie is very large as the clinics are showing for ‘walmart clinic’ searches, HOWEVER, Google is at least counting some searches as branded when the health system’s name is included in the query. I can see this in smaller specialty practices with the health system’s name, but there are many ‘branded’ searches that aren’t being counted. Seems like Google has jumped the gun here with not enough information to discern branded search for mid-sized entities.