Careful When Sleeping with Elephants – Are Google Websites a Threat to the Agency? 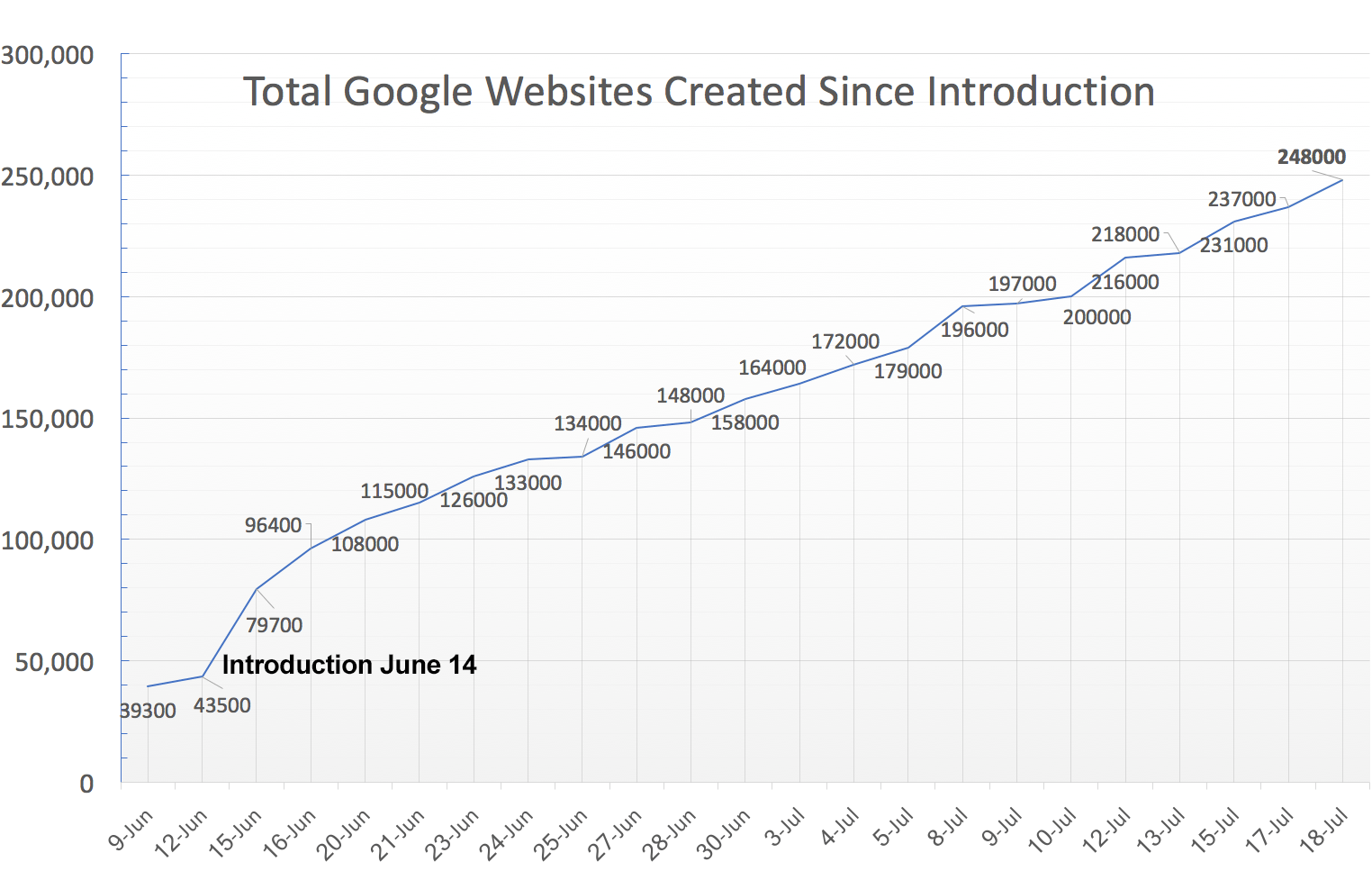 Google Websites is not a “blow your socks off” web building product. At least not by standards in the United States. That being said, should you as a web designer or SEO ignore it?

Scott Davis noted this about Websites on G+ in response to my noting that Google had hit 250,0001 websites created within a month:

If bots could SEO, we’d all be out of a job… Fortunately that isn’t the case. Build your Wix style site… I’ll crush it in search.

Typically these Google efforts start out lame… sometimes its just s%!t thrown at the wall and someone ultimately cleans it off. Sometimes they are fixed frequently and often and become market dominating products.

Adwords Express is an example of that… When first released it was very, very lame. It has gradually become a very good DIY product… to the point where a small agency selling $300-600 adwords packages can’t really compete. Will Google keep improving it and go after the $600-1200 a month level? I think so.Can the same thing happen with Websites?

Interestingly Google bought a company called Appetas in 2014. Appetas had a very sophisticated, build your own website product for the restaurant industry that had multiple pages, decent SEO, tight integration with reservation tools, payments, delivery etc. There is a lot of DNA shared between the 1.0 version of Website  and that product.

As to your original question, I am not saying that you currently can’t out SEO them, I am saying keep your eyes open and realize that you are sleeping with elephants…. elephants are generally benign but when you and they are sleeping be very careful that when they roll over that it’s not you they crush.

1 – As of today, Google now has had 303,000 websites created using the tool. It’s been 6 weeks since introduction and they continue adding at roughly the same pace.

Are you related to Bob Blumenthal?

Some of these DIY site builders, like Squarespace, are getting pretty sophisticated when it comes to UX, design, and integrations. But, at least for now, they’re all broke as a joke when it comes to SEO.

As soon as one of these players steps up their game in a real way – not counting Wix’s big PR stunt – it could be a very different industry.

Google Translations: Hi Mike.It seems to me, that the elephants are not asleep, because a few months ago, they started to walk and as long as we do not ride on top, they are going to overwhelm us.

So began, also in the summer, the extinction of the Official Photographers of Google and it seems that soon and with all logic, in the new Web sites, we will see Virtual Tours, links social networks, reservations, etc … in short, Seo and more Seo. We will learn to ride an elephant.

@Josue
They are certainly not asleep in a metaphoric sense. They are very much awake… and changing things fast as you note.

The African elephant can’t be ridden, only the India one can and that takes training.

To me, SEO, while important is of declining import as well.

@mike another great post!
I have on my task list to create a video on all of the feature updates inside of GMB. These websites were one of my topics in addition to the SMS addition I’ve seen on some of my customer’s accounts. We are a premier partner with Google and we’ve seen a bit “behind the curtain” and it is both exciting and concerning at the same time. Unusual times for sure!

@Chris
Yes I have been seeing some interesting stuff under NDA for sure. Amazing the rate of the past few months that Google Local seems to be functioning on so many cylinders.

Yes, it certainly is a mixed bag…kind of like sleeping with the enemy. But, there are other free options available, right now. I think the smart businesses understand that you get what you pay fo.

@Lucia
Agreed. And one role of the agency is to help sort the wheat from the chafe.

A good strategy will last for years and while it might or might not return as much in year 7 as year 1 if well thought and implemented the value can persist for a long time.