Google Coupons Continue Their Rise From the Dead 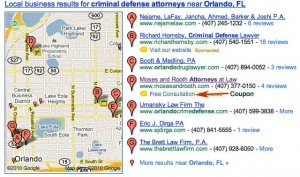 Since their inception, Google Coupons have been invisible to most searchers and offered little value to the SMB. Buried deep within the local listings and no front page exposure, they seemed to be the poor step child of the Google Maps world. Google Coupons are now beginning to be exposed to the the light of day and Google seems to be taking them more seriously. Will they soon be given more prominence?

This is to notify you that the following coupons in your Google Places account will expire in 6 days on 7/15/10.

We are sorry to bother you but we thought we’d let you know early, in case you wished to extend their lifetime or replace them. Please visit Google Places to extend the expiry date of your coupons or to replace them with new ones. After expiration, the coupons will no longer be displayed until they are renewed.

(Note to Google: It is no bother, I actually like getting the occasional email from you. Even if the email is automated, it’s nice to at least know someone is at the Coupon switch…although I do find the tone oddly deferential)

Late last year, Google actively started cleaning out old coupons from listings and requiring an ending date be applied to all coupons. In August, Google allowed businesses to link directly to their coupons. Last November, Google created an option to show (but still hidden) coupons in the mobile environment. With the introduction of the paid Tags product, a business is now able to highlight their coupon in association with their listing and it they were ranking for a 7-Pack, it will show in the main SERP results.

And now this email communication reminding me to re-up a my (still nearly invisible) coupon. Google seems to be getting downright chatty in a new, more forward facing way as they start to promote themselves to SMBs.

I have long felt that coupons had a large untapped potential for certain business segments within Maps. It was always annoying to have the feature in place, all dressed but with nowhere to go. It seems, however slowly, that coupons are starting to poke their head out from the netherworlds of the interior of Maps. Perhaps Coupons will in fact rise from the dead within Maps and achieve their promotional potential for SMBs

I believe a better note would have read something like this:….

“Hi Mike: I see your client has made great use of coupons in all sorts of venues, except Google Places. Its quite probable that nobody ever saw the coupon here, but they did see it everywhere else. Just thought we would let you know that the coupon that nobody sees, is about to expire. Here is hoping you renew it here and continue to get excellent exposure on behalf of your client with its use in more visable venues.

The hard working team that isn’t seen here (bet you didn’t think we were a team, let alone an anybody) at Google Coupons.

You expect truth in advertising? I thought the steps are in the right direction, although you are right, coupons for the most part are still buried.

[…] a separate post, Blumenthal also noted the "resurrection" of Google Coupons from the dead. Alongside our reporting earlier this month on Google's mobile payment solution, all […]

Nice post, do you know of any figures on these new tags that Google is letting SMBs buy? About how much does it alter the CTR?

My guess is that past a certain adoption rate the CTR will drop off substantially. If all 7 of 7 listings have a tag highlighting a feature, what would differentiate them now?

I would really love it if Google would send out their emails consistently. Mike, I am truly jealous that you received an email alert about an expiring coupon. When my client’s coupon expired last month I’m pretty sure there was no email sent out. (In the Email Preferences section all 5 boxes are checked, so I’m not sure why). I also miss the emails that started to go out for the Google Places Update, which would show our performance for the last 30 days. Those emails come in spurts – do you experience the same?

@earlpearl – that gave me a chuckle and I thank you for that!

Hmm, I will have to start looking out for that now!

Google Places has a lot of potential. I guess they’re still trying to figure out the best way to go forward with it. If they do it right it will be the holy grail of the internet.

It would be nice if they could expand on the coupon idea and allow other kinds of promotions. For one, they could set up/allow for the insertion of restaurant daily lunch/dinner specials. They seem to have taken away the daily message box that allowed the immediate posting from owners.

Places has so much more potential, even more than search!

It’s a shame they’ve been hiding coupons, and I hope they do start showing them more. Since call tracking numbers are counter productive to ranking well (lack of consistency in citations), coupons are one of the only ways left to reliably track campaigns – i.e. 10% off if you mention you found us on site X. I use those for all my clients, and Google consistently underperforms, probably because the coupons are so damn hard to find.

[…] In November 2009  mobile compatibility and in June 2010 SMBs were given the ability to highlight them on their listing via Tags, potentially giving them front page […]

[…] left to languish for a number of years before seeing some activity in late 2009 and through 2010 with the Tags Beta. 2010 culminated with the failed effort to purchase […]

[…] with ValPak but by early 2009 Places coupons had completely tanked due to lack of visibility. They made a brief reappearance in the main search results along with the Google paid, fixed price ad product Tags in June, 2010. […]