Since early summer, Google Maps has been actively promoting the Local Business Center to SMBs. This is a positive development as the LBC needs relatively high adoption to truly succeed and provide the promised benefits. Until this summer, Google was all too quiet about its existence. There have been a number of relatively high profile activities that Google has embarqed upon to promote the LBC of late:

-The initial rollout of the Places campaign in large metro areas in July
-The Favorite Places posters to 190,000 businesses in December
-Their appearance at the National Retail Federation Big Show in NYC this week
-Their sponsorship of the newly announced Getlisted.org Local University seminar series*

Taylor Cimala of Digital Third Coast recently alerted me to a new LBC marketing effort, noting this email he received as a result of Google’s partnering with eFax to promote the LBC: 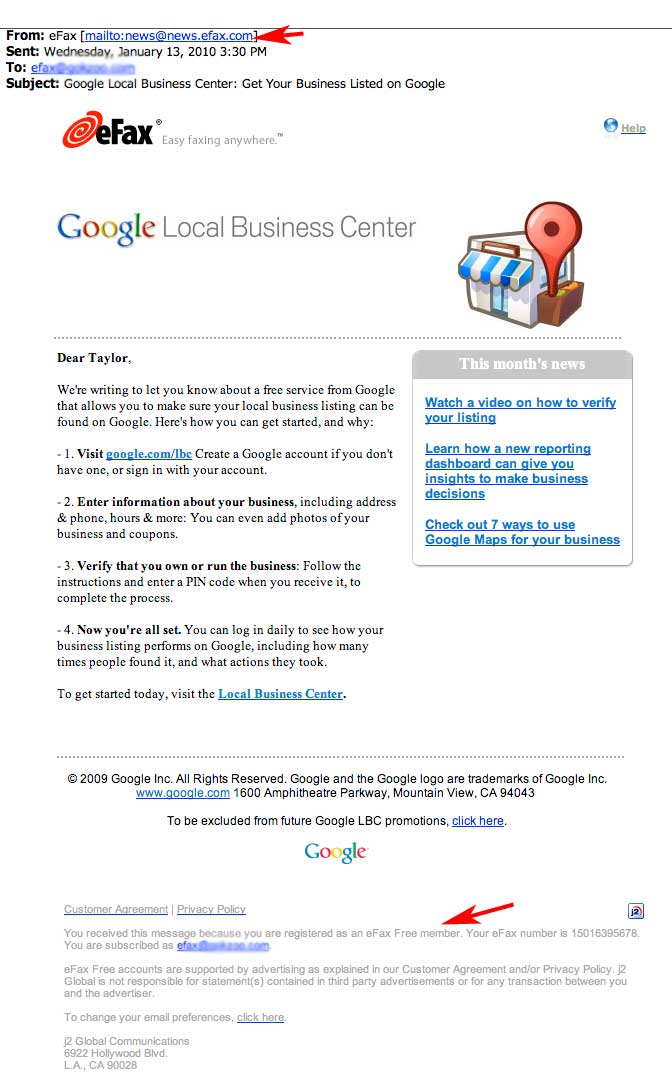 I hadn’t thought about integrating Fax with the Dashboard but it certainly is conceivable that they would integrate Google Voice, call tracking and many other phone functions there. I think though before they add those types of capabilities they have the need to get data and more data so that this info can be fed to Google.com like Twitter is now being fed.

[…] Maps has been active both on-line and off promoting the Local Business Center. I noted last week that Google was increasing their trade show […]