Google Q & A Rolling out to the Desktop

Google Q & A, periodically visible on the desktop, seems to be finally rolling out full force to both PCs and Macs.

Earlier in the week, after the feature had largely gone missing even on mobile.  Danny Sullivan (now of Google) noted that it was but a temporary bug. It would seem that it was a precursor to the full roll out which appears to be happening now.

As you can see, it is viisble in the Knowledge Panel AND the Local Finder.  It is not yet visible in Google Maps. 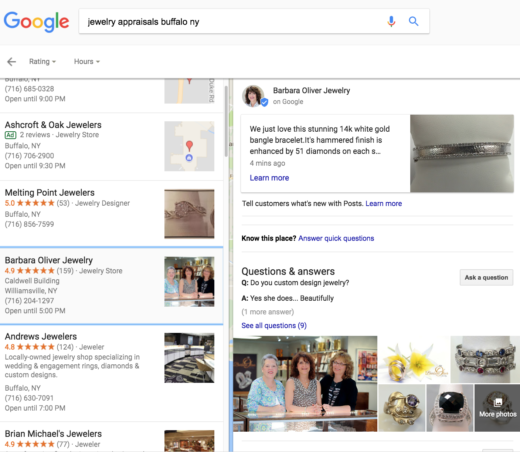 First rolled out this summer with a mobile only visibiliy, desktop visibility will increase both how easy it is to find them as well as make it easier to have them created. I am seeing a surprising number of them both rurally and in urban environments although the questions are not always valuable or appropriate.

The feature is not yet visible in Google Maps nor in the Google My Business Dashboard. Google has though recently started alerting business owners to their existence by way of the newly expanded Search Dashboard. We are hoping to see more active alerts via the full GMB dashboard at some point.

I picked up on that as well. The challenge is getting clients to engage on Google My Business. Most clients are Facebook oriented even if their business is not Facebook suitable.

This feels like an Amazon-esque feature as well. I’ve never seen it on mobile so thanks for sharing.

Yeah, I was also wondering to know about in detail and found it thanks for sharing.

That’s a cool feature, but how reliable can the answers be if they are posted by random people? Would be helpful if they showed more details about the answerer.