Yesterday Google announced that they were starting to finally roll out their interstitial penalty. Meant to improve mobile user experience when accessing a site the penalty targets sites that:

Yelp was particularly guilty of the above the fold interstitial behaviors. In fact this is what led to my twitter tete-a-tete with Mr. Stoppleman. He suggested that I delete my account when I noted how consumer unfriendly Yelp’s attempt to drive app usage was.

Today I see that the Yelp mobile experience has dramatically improved. 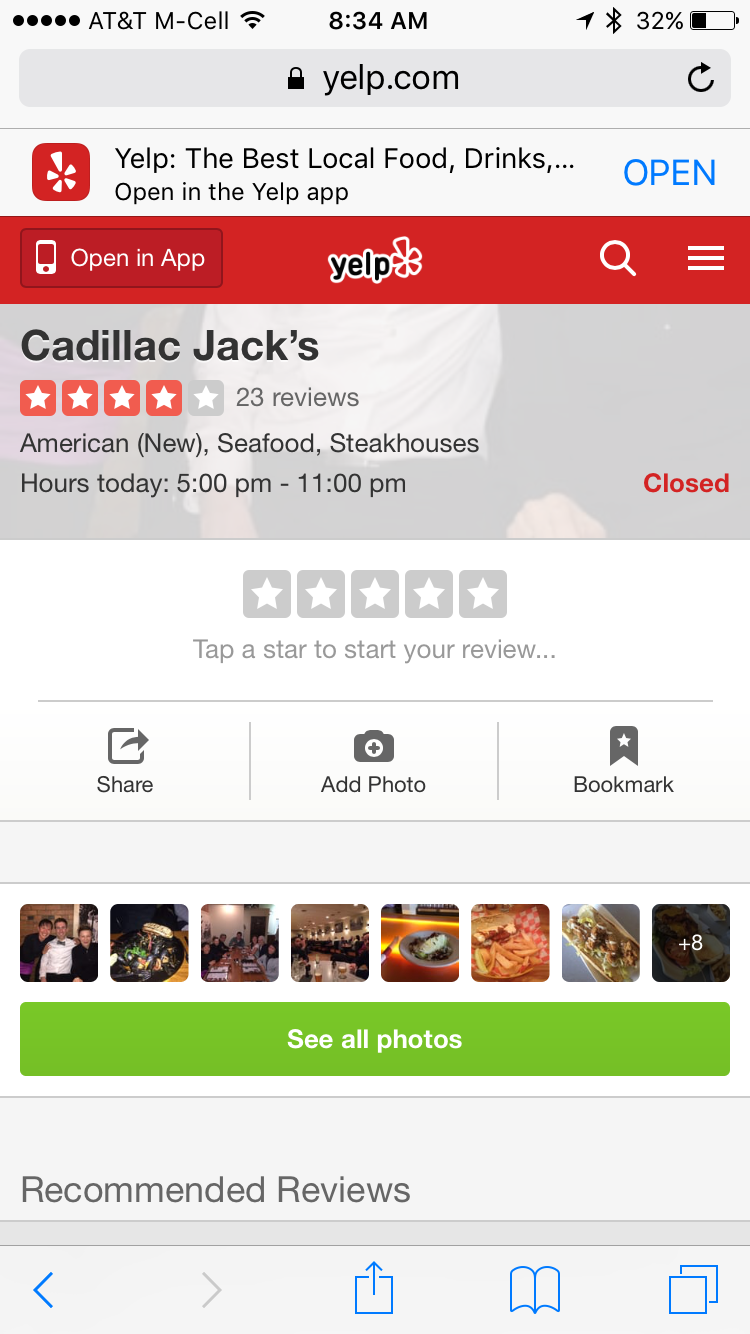 * Big surprise that, despite Yelp’s complaining about the Google interstitial penalty as anti-competetive, under pressure of their own penalty, finally fixed their mobile experience. Sort of. Unfortunately while it works better from Google to the mobile web result, the Yelp Open App button always takes me to the App store rather than directly to the app.

I found it funny that in order to see Yelps “not currently recommended” reviews you also had to download or open their app. Great article Mike!

@Michael
That’s Yelp being Yelp. Now I know why they named themselves that because every time you interact there is a small scream of pain.

Stoppleman is probably waiting for you to delete your account before he fixes the open in app button.

That must be the reason. 🙂

Now I actually have to use the app, which sucks. I don’t want the damn app, Stoppleman!