Google announced in mid August that they would be expanding their test of the beta ‘direct to search’ posting for SMBs.

Barbara Oliver Jewelry just received her entree into the beta so for the first time I can test the product and assess its value1 . And learn better what how it performs and what benefits accrue to Barbara when it appears in the search results.

What is the product?

Originally I described it as a local social sharing product. I suppose that it is in some sense but more along the lines of a blog and not really in the vein of a G+ or Facebook. Maybe like Twitter with no character limit.

It is really a publishing platform with the unique distinction of making fresh content available for limited periods of time on the front page of search.

When and where does it appear?

In the current iteration it will ONLY show on a brand search for the entity that is using the product. It presents in an AMP like carousel just below the home page of the entity and to the left of the Knowledge Graph. The pages are extremely fast on mobile.

How Sharable is it?

Ever visible but NOT evergreen

One of the advantages of a blog is that the content, once indexed by Google and visible in search, can send traffic to a business website forever.  Roughly 50% of my 30,000 monthly visitors come from articles written in previous years. It’s content that keeps on giving. Particularly when it’s gotten a few links.

Content on  Google Posts shows for a limited time on the front page and then it is stored on the business’s Posts page.  BUT it is not indexed for Google search and  can’t be found via Google, they can only be browsed2. Very limiting indeed.

At this point in the beta, the content has nowhere to go. It is conceivable, that with enough shares, it could show in search though we don’t really know.

But its not too hard to imaging that Google could easily push the content into Google Plus or even back to the SMB website for a more lasting value if the content is good.3 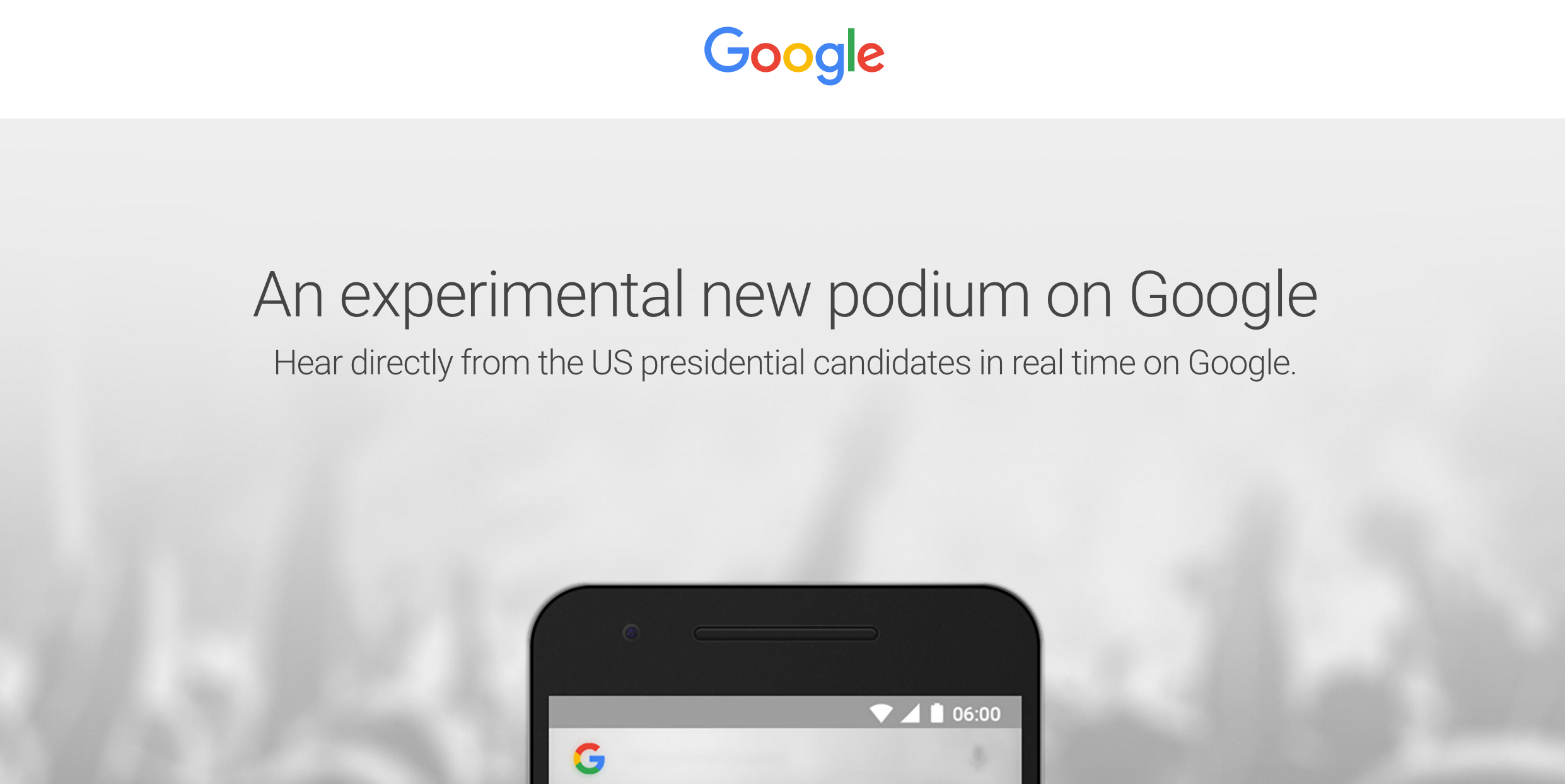 The local indexed search results are for the most part very static. A listing from YP.com barely changes year to year let alone month to month.

This product actually allows for scheduled minute to minute changes. Since it publishes in real time a business (or any organizational event like the Olympics or Google I/O) can be posting during a live event. The posts can be scheduled to disappear from search as quickly as they appear of they can be scheduled to last up to two weeks.

For sure they bring a dynamic nature to the otherwise boring content of a brand search that currently does not engender repeat visits by the user.

The design is striking in search. It really stands out in search.

It is extremely easy to use and even the least techno savvy small business person can figure it out.

Its fast. Fast to create and loads fast. Google is eating their own speed dog food on this one. 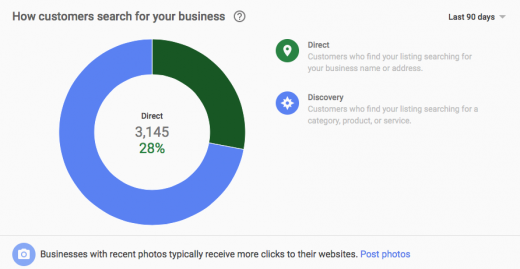 Obviously if a business using the product can understand the intent of a brand search then they might be able to enhance user behaviors to increase calls or get them to take action.

What is the user intent of someone doing a brand search? Are they just looking for a number to call? Or are they exploring why they might do business with Barbara Oliver specifically? Most are the former I would think but some fall into the latter category and probably are who should be addressed.

The other possibility is the long time customer retrieving a phone number that might just be an enticed by some eye candy.

Problem is we just don’t really know. That being said, it the product allows for Barbara to garner a thousand impressions a month that, given the visual nature of the product, can enhance her brand image.

Google decided that they couldn’t get any value out of business descriptions given by small businesses. Google figured that they would be better off with a 40 character machine generated descriptor than the cruft that SMBS were writing.

Obviously they are aware of the baser motives of some of that SMB cohort. Just how they think can stop the crap that rolls off the tongues of those thinking that they are gaining a leg up on the system is not at all clear.

Unfortunately some small business folks are unfortunately known for soiling the beds in which they sleep which in the end affects us all.

RankBrain or some such will have one heck of a time keeping up with “human “creativity” when there is a dime on the floor.

Another Rabbit Hole? Or is it a Black Hole?

Besides the obvious cries of antitrust that we will hear from Yelp this is yet another product that both keeps viewers at Google and further deprecates the value of organic results on brand searches.

Many an IYP have made their quotas optimizing around individual company names. Recently, some of them, like 4Square and YP.com received a boost in visiblity with “Reviews from the web”. But as we all know Google giveth and Google taketh away.

Barbara really likes the product. She is all in and is willing to actually commit to content on Google. That’s huge. And it appears that it is something she can manage herself rather than need a professional.

I am enthusiastic but wary. I have lived with Google long enough to know how fragile these products are and this one even more so. It will be going on the front page of search. That is Google’s altar and if it can’t be made to fit into that sacrosanct territory it will have no place. It is a gamble, one that shoots for the moon. No being buried deep inside Maps for this one one. Either it makes the cut or its cut to shreds. No middle ground.

What we don’t know

What we don’t know is a great deal. What actually leads to engagement? Is a video better than a GIF? What sort of engagement is ideal? How can we measure the value? What is the optimal content length? Will the product change significantly as it moves further along the beta curve?4

And of course the seo implications. Will sharing be a metric for prominence? Will posts impact relevance of a businesses local search results?

And most importantly, will the product last? Will it be released into the “wilds” of SMB content creation? Will it attract small business clients back into the Google funnel and away from the siren song of Facebook?

All questions that I will be exploring and sharing as I learn more.

1 – I am under NDA but have been advised that I can speak to what users see in the SERPS but not to what is in the back end of the product. So we will see if I can maintain that fine line of distinction. I have been shown the product several times in private meetings with Google.

2 Google tells me that the posts are indexed. That might be true as far as it goes. You might be able  find the post if you search on the unique Posts business ID: PN-ov7p but then again maybe not. I could not find it searching on that phrase even with the filter off: PN-ov7p. And certainly it is not visible with a  site:posts.google.com/ command. Only the original test participants show in that situation and none of the new testers.

3- This is exactly the sort of presentation that would have made G+ really take off. Exactly why this never happened then and is happening now is a question buried in the archives and politics of Google.

4- It is incredibly full function and bug free as far as I can tell at this point. (Update: not exactly bug free but close enough that none of the bugs are limiting. They are mostly display related.)That in itself is amazing for a Google product.

I think it has potential to work well with already established content as well; for example by doing a short pithy Post with a link to an older, still relevant, piece of content to drive traffic there.
As our Prime Minister is fond of saying, “What a time to be alive!”

Completely agree with you, Priya. Such innovations only improve the system and bring us a new way of growing . The potential is high and the results of such changing can be really crucial.
So, the time will judge us and make it clearer. Thanks for post!

But I see some businesses putting “their weigh behind the oars” to get their stuff on the front page of Google and I fear little thought will go into leveraging that content for for the whole race.

PS Your Prime Minister is right!