Yelp Review Summaries Back in the Google Knowledge Panel

I am not sure whether this message has been approved by Jeremy Stoppleman but at least for now, with the new reviews from the web announced yesterday summaries now showing in the Knowledge Panel, Yelp is back. 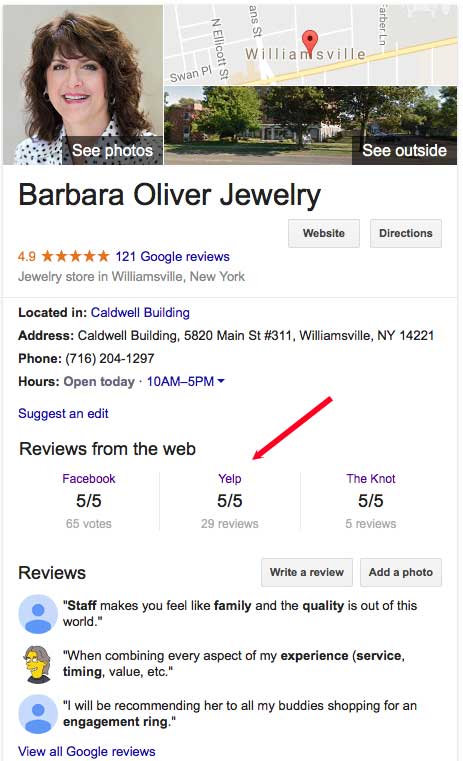 For those of you that don’t go back to the “early” days of Google Local, it would seem like it’s deja vu all over again. I wrote this in June 2010:

Wait, Mike, you mean you didn’t delete your Yelp account? 😉