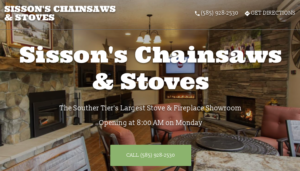 On June 13, Google Websites will be one year old. It was created to satisfy the needs of the very small business to have an easy, fast mobile website.

In that time Google has managed to have had at least 2.2 million of the sites built. Given that Google also allows a business to purchase a domain name for these sites, and my measurements solely count the sites at business.site, the number is likely higher.

2.2 million is double the number that was reported in December and reflects a very consistent, steady growth of over 6000 new sites per day. Day in and day out for over a year and it really does add up quickly.

For a period in the first quarter of this year it appeared that growth had slowed but that was apparently temporary and over the past 3 months growth has again resumed. 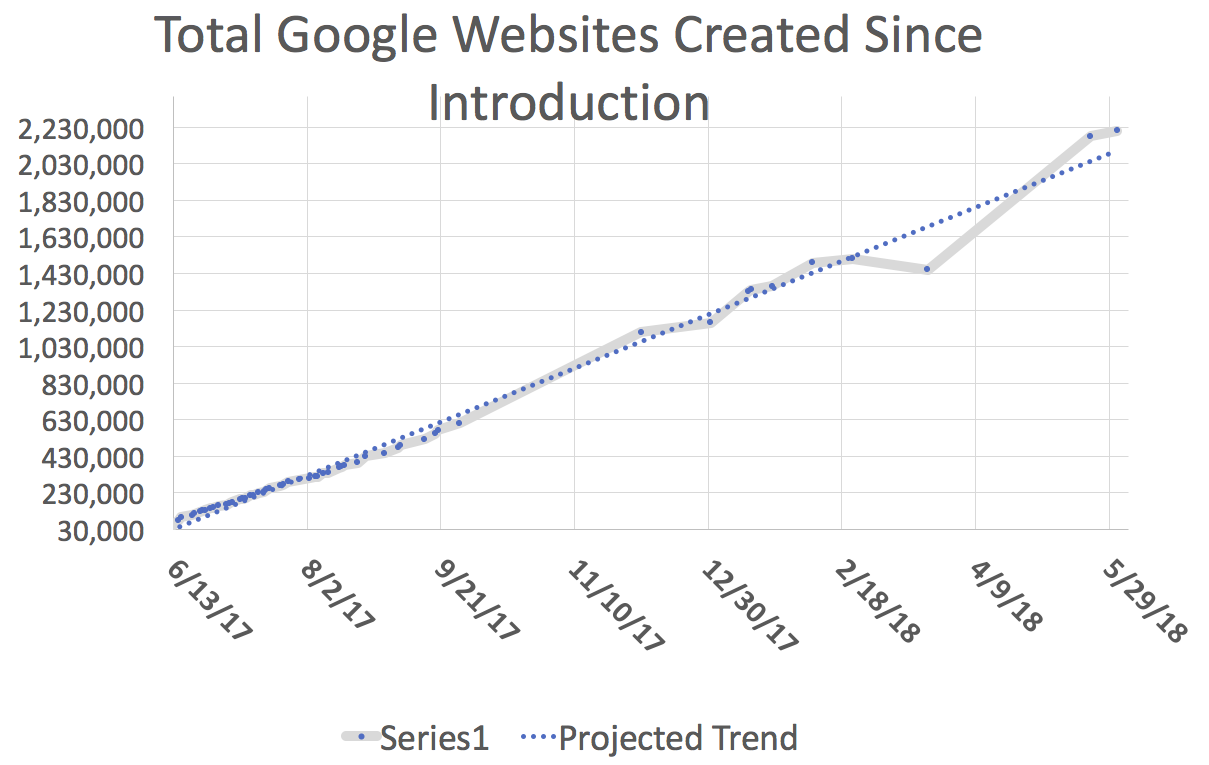 The product was clearly created to serve the developing world and it is there that Google is seeing the most uptake. Four of the five countries with the most sites are in the developing world. During that period India stayed in the lead with 173% growth to 536,000 sites. Mexico jumped into 5th place growing an astounding 572% growth to almost 74,000 sites during the period.

For whatever reason, most of South and Central America have not seen the growth rates of Asia. Brazil which is an obvious and large market (pop. 207 million) saw only a 60% growth rate. So one has to wonder what Google did in Mexico to precipitate such a jump. (If anyone has an idea, let me know.) I doubt that the growth occurred without some intense promotional efforts somewhere in the supply chain.

While the product is largely targeted at the “next billion” users of the developing world, uptake in Europe and the US has been consistent if not as great as India or Indonesia. When viewing Europe as a monolithic block it saw 111% growth over the past 6 months to 288,330 sites, putting them as a whole in third place behind India and Indonesia

The product is ideal for the business that is just getting started and isn’t planning on building a full blown website and has perhaps just built a Facebook page. With the near zero organic reach of a Facebook page these days, it is arguable that a business in that category would actually do better with just a Google Website if they were to choose but one. In the US at least, Google has not aggressively targeted this population of very small businesses.

I recently explored two such new(ish) businesses in my community, The Spot to Be and Allegheny Adventures.  While both of them had taken the time to create Facebook pages neither had even bothered to add their listing to Google Maps which I did do for them this past week.

If my anecdotal experience is any indication most of the new small businesses in the US, at least, have not gotten the memo.  So while Google may offer these businesses better exposure to new customers, if these businesses don’t take the time or know about the need to create a listing, little will come of it.

It is tempting to compare Google’s Website’s effort to Facebook’s 80 million small business pages. On the one hand it is somewhat of an apples and oranges comparison as many SMBs use the GMB for their listing. That might make a better comparison although one that Google is still likely to lose if you are just counting heads.

On the other hand you might argue that given the significant and often free value that Google provides to the these very small businesses, that the deficit could be viewed as the possible upside for Google. And one that could be overcome with Google’s increasing communication efforts.

From my vantage point in rural Texas, I can see Chambers of Commerce and Small Business Development Centers providing sessions to help small businesses develop Google Websites. Several years ago, a local Chamber promoted Google’s effort to market Google My Business listings, and Google Websites are a logical extension of that program.

Lots of local small businesses in rural Texas either have no Internet presence or they just have a Facebook page. There are many reasons for that, but I hope Google Websites can help these businesses grow.

I’ve had many potential clients for other services (other than websites) who have these website out there and several other free sites. They’re a great opportunity for some but they seem to add noise for others.

Your’e right in that many small businesses in rural areas seem more likely to create a Google website (sometimes unknowingly) than others. In fact, I can point to one client in particular who indeed was from a more rural area of Texas that did have one of these sites. He also had a free website from Wix I think so there’s a big potential for it to add confusion for those who don’t know what they’re getting into.

Jorge, you’re right. There’s certainly lots of confusion out there in the small business community, especially rural. I used to do Internet marketing presentations for the local Small Business Development Center, Chambers, Rotary Clubs, Lions Clubs, etc. Many of the business owners I talked with didn’t have budget for more than a brochure website and for many of these businesses, the free or nearly free websites serve their needs.

I have a friend with a horse training business (this is Texas after all) and her Weebly website ranks well for likely searches west of Houston. For folks like her and the local coffee shop, lawn equipment repair, lawn maintenance service, local photographer, and so on, the Google Websites might be good option.

The median household income of the town I live in is about half the US average. If the free Google Websites can help local small businesses be a little more successful, I’m sure in favor of that.

I always have concerns recommending Google products since they seem to close down products frequently. I’m reluctant to invest time in any Google product until I’ve seen it’s long-term viability.

My question would be whether a business with an existing website would get any benefit out of also have a GMB website. Given that Google loves Google, I try to take advantage of as many GMB features as possible, and if creating an additional website that further explains what my business is about to Google, I would be happy to do that. But only if it actually helped and didn’t devalue my current site. Thoughts?

There is no magic to a Google My Business website. It offers no more or less advantage to a business than any other single page website.

It doesn’t offer as much advantage as a well designed multi-page website.

In and of itself it has no more value than an additional single page website that you could create in addition to your existing website.

For it to have value it would need to be promoted, linked to, highlighted in citations for it to rise above anything but meh.