Google Announces Study Looking at Abuses in Google Maps – What Does it Mean? 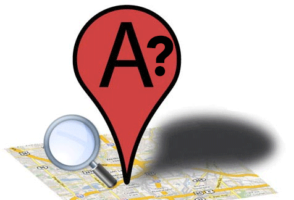 Google posted on their research blog today some summary data from a study Pinning Down Abuse on Google Maps that is being presented tomorrow at the  International World Wide Web Conference.

The study details released today, while an interesting necessity on the step to cleaning up  Maps, leaves many questions unanswered.

Our study shows that fewer than 0.5% of local searches lead to fake listings. We’ve also improved how we verify new businesses, which has reduced the number of fake listings by 70% from its all-time peak back in June 2015

Bad actors posing as locksmiths, plumbers, electricians, and other contractors were the most common source of abuse—roughly 2 out of 5 fake listings.

Another 1 in 10 fake listings belonged to real businesses that bad actors had improperly claimed ownership over, such as hotels and restaurants.

OK that accounts for 5 out of the 10 that they studied. What were the other half made up of?

And exactly what constitutes a fake listing? Does it mean anything that violates the Guidelines? Or anything that creates a listing that is wrongly at an address? Those are different things.

It must exclude fake names at real businesses in the criteria otherwise the number would have to be higher.

They note that they have improved the verification process and are testing even more rigorous processes in the form of advanced verification of locksmiths and plumber.

Combined, here’s how these defenses stack up:

It’s interesting that Google is publicly releasing data about the quality issues in Google Maps. The data provides some reason for hope but goes nowhere near far enough in helping the industry or public understand the scope of the problem.

As local marketers with a critical in high value industries where spam is more likely to been see, we see the many abuses first hand. The pov may jaundice our perspective as to the overall quality of the index but if these 84,000 fake listings are limited to 5 or 10 key markets then the averages don’t really mean much. And there is in fact still a quality problem in local.

And if the definition of fake listings doesn’t include everything that degrades them not just fake addresses but fake names as well then Google has undercounted the problem.

Then again, because of our unique point of view maybe we over count.

In a sense it doesn’t matter. Google has a perception issue (see Danny Sullivan’s A deep look at Google’s biggest-ever search quality crisis) and local has long been at the forefront of that problem.

It’s great that Google is studying the issue, its even better that they are being somewhat transparent and sharing their results.

But that still isn’t enough. The quality, at least in those heavily impacted industries, needs to improve. The definition of fake needs to be expanded to bogus naming if it hasn’t been.

And there needs to be increased transparency of google’s efforts in the arena.

Only then can Google overcome the current crisis of confidence that they are experiencing.  Google has become, by hook or by crook, the utility that provides the bulk of driving directions and business discovery.

The public needs to know that they can trust Google 100%.  Given that in come markets the problem is likely much more widespread,  it seems that in this context even 99.5% isn’t quite enough.

Mike: Thanks for the article, some perspective on past google comments, some perspective from those that observe the reports of spam and problems with google local, and putting this google announcement in a different light.

Its announced as news. Some SEO newsy kinds of sources have reported it as news. I can’t accept that. I see it as PR.

Nobody but google sees its results. An independent source did not measure “spam” before and after. Its google’s announcement. We don’t know if they even did an analysis.. If they did give us the data. Show us the examples of spam before and after.

Without having any outside/independent source as a mechanism for checking and analyzing conditions before and after its simply a Public Relations (PR) Announcement. No more no less. Its not a news announcement that offers a whit of believable evidence.

Amen brother. Reminds me of several unsavory industries that constantly say “we don’t need regulation, we are self-policing!”

They have a whole army of Local Guides now. Why don’t they vet them to screen out any potential scallywags and use this power to rectify all the spam?

I would love to get paid by Google, as a Local Guide, to scroll through the endless list of Psychologists and Psychotherapists in the US and fix the terrible issue of Business Name spam.

No, in fact, John, your business name is not John Smith, MFT Psychotherapy | Denver Counselor.

Google’s originally source for their list of psychotherapists created listings with backwards business names:
Smith, John MFT – and you can still find some of those today. Maybe this is why psychotherapists have become fringe scallywags.

@Jeffrey
Why would they pay you? There are enough idiots like me that are willing to do the work for free.

I was saying the same thing only this weekend, Mike. I became a Local Guide because I want to make the map for my area right. I want to make it fair for all the good businesses who aren’t looking to stomp over any competition by cheating. It’s a labour of love.