10 Years Ago: Sometimes you just need a name change 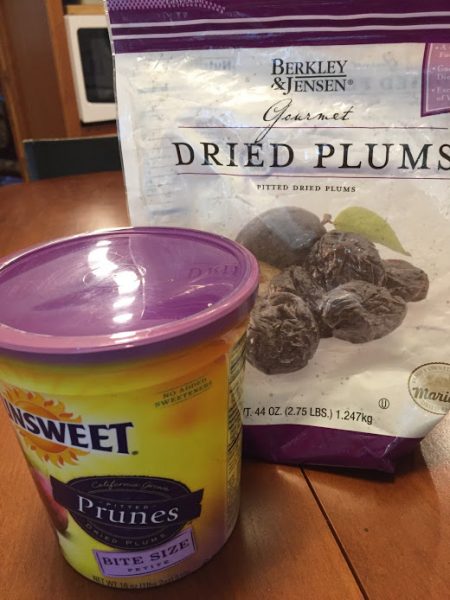 My wife was extolling the virtues of Dried Plums as a sweetener in her homemade ketchup the other day. She was convinced that they were better than prunes for the task.

Little did she realize that “in 2001, plum growers in the United States were authorised by the government to call prunes ‘dried plums’. Due to the popular U.S. perception of prunes being used only for relief of constipation, and being the subject of related joking, many distributors stopped using the word “prune” on packaging labels in favour of “dried plums”.

Naming is indeed important in terms of perception AND search.

Here  is one of my earliest posts from September 29th, 2006 about the importance of name in ranking at Google:
Does Business Name = Title Tag?

Then as now I asked the question: Will Google at some point consider it spamming to do so?

As I have explored Google Maps local rankings, I have used the models developed for organic search optimization as a starting point to develop understanding and make progress.

The working theory I developed is that the business name created in the Google Business Center functions in much the same as a Title Tag on an html page and that it perhaps has priority over other methods of determining relevancy. Minimally it plays a role, that much is sure.

Note in this example how Google highlights the search phrase in the Business Name (title) phrase.

Google Maps though has a number of different ways to potentially determine relevancy of a page to a search. One of the most significant besides business name is categories. Since they are limited in number and any listing can only have five they could easily play this role. Description also seems to play a part in reinforcing the relevancy of the listing.

It is certainly conceivable that category and description are more important or equally important to title. My theory is though that they act more like body copy & headlines on a text page to reinforce the business listing name. Can anyone shed more light on this relationship?

From a marketing and branding standpoint, this can have implications. Should a business change its business name in some way to enhance its standing on Google Maps? Will Google at some point consider it spamming to do so?

I have taken the approach that by adding one or two key services to a business name you are probably ok on both fronts. This is an issue that needs to be addressed and perhaps discussed with a client prior to the listing.

All the while she respected the guidance in An Internet Change of Address Guide written in 2008. And still mostly relevant.

SEO is indeed the tail that wags many a dog…

Yes the tail does at time wag the dog… as in this illustrious brand Best Motorcycle Lawyers – Los Angeles.

The trick me thinks is to try to reach a balance and not change it every time Google burps. Or soon their name with be Best Motorcycle Lawyers – Los Angeles Near Me