Apple started shipping iOS10 with a new version of iMessage yesterday to the installed base of iPhone users. Welcome to the new era of conversation commerce for local.

And with the new version of iMessage comes an App store and the ability for third parties to integrate directly into the messaging flow. When initially announced Apple focused on the ability to add Mario stickers.

My first foray into integrating these apps was to try JibJab with a great deal of “success”. You can see another one here. At the introduction event there was a fair bit of buzz around stickers and such and the fact the Mario would be available as would a number of Disney characters.

But in poking around the iMessage app store it became quickly and abundantly clear that Apple, via third party integration with the likes of OpenTable,  Fandango & Square Cash, offers a near mature local transactional platform. And it is a platform that will gain scale quickly because of the large installed base, user familiarity and the ease with which a user can add this additional functionality. 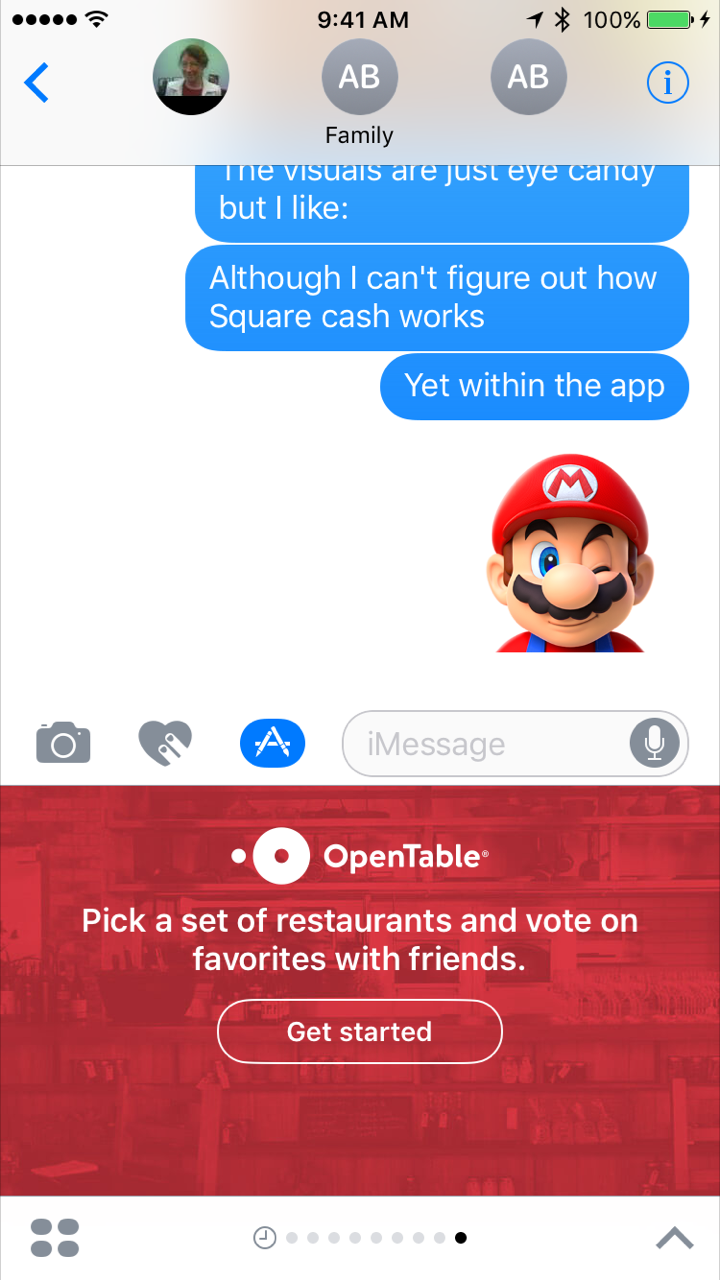 The apps, once installed are easy to use and more importantly easy to share all from within iMessage. In the case of OpenTable they have added a very appealing ability to allow folks in the messaging thread to vote on a choice of restaurants prior to booking the table. 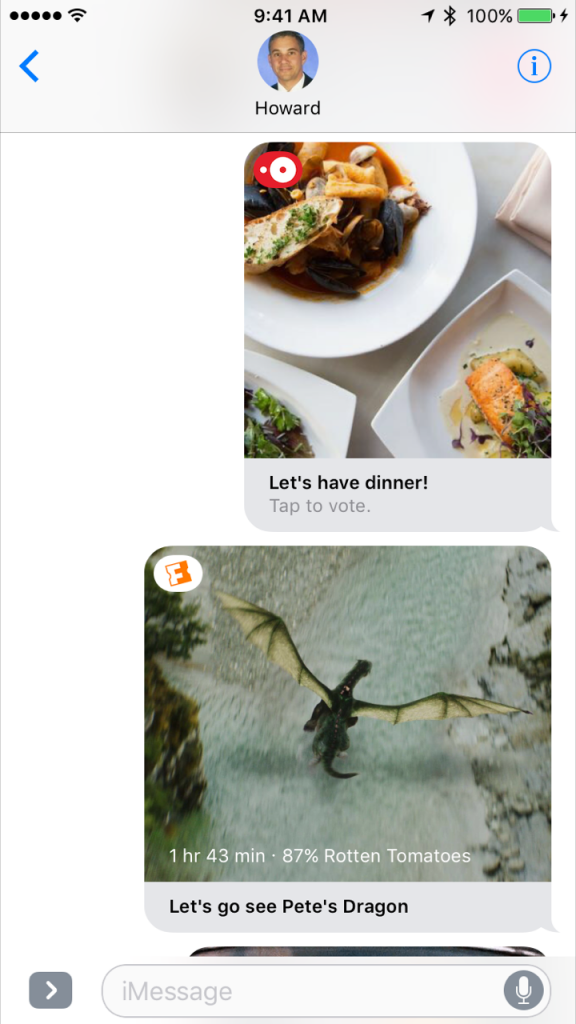 Likewise Fandango allowed me to share a possible movie with chat partner(s) prior to quickly buying tickets. If the user on the other end doesn’t have the iMessage App installed, they click on the image and its quickly put in place.

Nothing like fast, transparent and easy to facilitate uptake particularly if one person gets the ball rolling.

The experience was not without a few sticking points. I couldn’t get Yelp to do anything nor could I get Square Cash functioning (much to the chagrin of my son who would have been on the other end of the test).

But all of this bodes well for a rapidly increasing usage. And for a significant place in the burgeoning conversational commerce marketplace.

As of this afternoon 15% of the existing user base had already upgraded to iOS10 and thus the new iMessage.

Given that the installed base of iOS devices capable of running the new iMessage will be somewhere in the range of 1 billion users worldwide with the release of the iPhone 7 and iOS10, iMessage penetration could quickly reach 800 million installs within a fairly short period of time.

This transactional capability first took off in China and Asia but the US Facebook took the early initiative with the release of Messenger in April. Facebook created a scalable development environment that was available to both small businesses and larger more sophisticated companies. At the time I noted: it’s a very scalable solution that can start as a human CRM, but then move into integration with your existing systems, as well as a more full AI-driven or partially AI-driven process down the road.

Facebook has only one real barrier to success and that is that users had to install the app and switch behaviors from their current messaging app or at least add an additional app to their usage pattern. No small barrier that.

Unlike Facebook Messenger, iMessage is an existing product (now a platform) that has a very loyal and entrenched user base. Thus its reach for text based conversational local commerce could quickly turn iMessage into a leading platform if not the leading platform for this sort of commerce.

Welcome to the era of conversational local commerce.