Making Hay While the Sh*t Flies – What Should Union Street Do Now?

The internet is a funny place. A world of opportunity and a world of pain. The Union Street Guest House is in the middle of a maelstrom of its own creation. One that if managed properly could serve them well over the long haul and if managed improperly could flag them for years.

There’s no such thing as bad publicity’ is often associated with Phineas T. Barnum. As to whether it is true seems to me dependent on what the hotel does next. The internet has given them their 15 minutes of infamy and tons of fat juicy, natural links from a wide variety of domains and who knows how many highly authoritative citations . 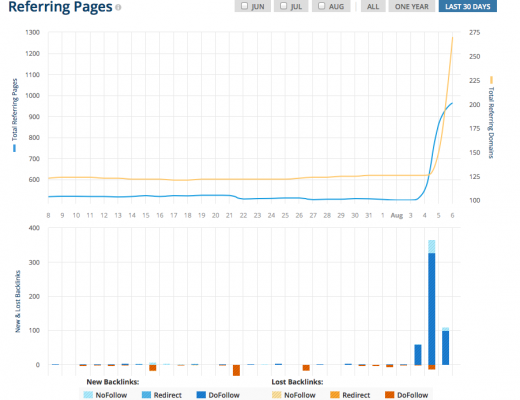 My suggestion to them? Make hay while the shit flies. You have everyone’s attention. Now, be the bigger person, make a sincere, heartfelt apology, refund any of the fees that were charged and go out and get some positive press. It will pay off in both reputation reclamation (while people are paying attention) and will lead to another hefty slew of links.

But act fast, your fifteen minutes is coming to an end any second now.

What would you suggest to them?

I’ll quote Bruce Lee 🙂 “Mistakes are always forgivable, if one has the courage to admit them”

Blame it on an untrained employee who has now left the firm. Review the policy and refund where fees were levied. I can’t believe though they actually tried this and got away with it. I don’t understand US law but it seems like an unfair charge to me and one that would easily have been defeated in a UK court.

But yes the way google works in this day and age much can be made from the new found authority of those links even under the circumstances in which they were gained.
Unless of course google de-indexes them for link abuse as in to many in so short a time can be seen as a black art.

@KB
This is the jungle and we live by jungle rules.

Never let a good crises go to waste. What better time to newsjack your own bad PR?

Yes, Mike… “make a sincere, heartfelt apology, refund any of the fees that were charged and go out and get some positive press.”

And I’d for sure tie in a charity event (or events) as a way of penance. Do something for the community – something truly heartfelt and sincere. They made a big sloppy mistake, and they need to dam well make sure everyone knows they are good folks who do good things, and that they will, moving forward, be transparent, honest, and seek input from guests and others who have a vested interest in their hotel’s affairs. You are soooo right Mike, now is the time to “Make hay while the shit flies” – Im rooting for them 😉

@Andy
Great ideas all… and thank their many critics for allowing them to see the light.

And of course start providing great service that can be recognized a such.

I agree with giving back to the community with a charity event. It should involve pie – humble pie.

@jaime
And lots of it.

This is too funny… now they seem to have taken down their Facebook page entirely!

I starting to see this as becoming a ‘casebook’ study on how to NOT handle things. —> The The Union Street Guest House Review Fiasco 😉