Reviews, SMBs & Google – Still Not Clear on the Concept 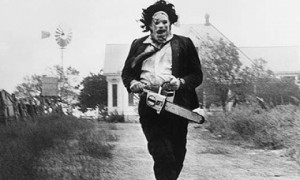 This story is so rich in the evolving complexity of reviews; the absurdly angry SMB, the frustrated poster and so rich a tale of service gone awry. A story of how decent service can become indecent service by the sort of reflexive behavior that is so common in the service industry. To say nothing of Google still not getting their review algo right and how that impacts their image in the market place.

This comment was just posted on an old post about Google removing reviews and I wanted to highlight it. I have not verified the story but it rang true.

I’ve noticed my review was removed, and I’d really like to know why.

This was my review of a local tree service I had used:

“Good, but not great. The price was very good; much less than the competition. They removed a maple in my backyard for $475; the cheapest quote from others was $700, but price isn’t everything.

They did the job while I was at work, removed the tree, and left what looked like a large mound of wood chips and top soil (grindings), but when I dug through the grindings I discovered that only half of the root stock had been removed (the tree had a large amount of roots above ground and Rich had guaranteed a complete removal of them).

They had left a huge 4 ft circular ring of root stock, most of it was a foot above grade (above ground level), and some of the roots where 3-5inches in diameter. I called Rich on his cell, he sounded surprised that I had dug out the grindings (“you dug it up?”), he explained that usually he does the final grinding himself, but this time he left two new guys to do the final grinding. After almost 2 weeks and 3 calls from me, Rich sent his guys to finish the job.

If they had finished the job right the first time I would have given them a perfect score, because their price is very reasonable and all I wanted was the tree removed. If you are planning on using them I would definitely recommend being there while the work is done, or at the very least inspect the work before they leave. During the almost 2 weeks that I waited for them to return and finish the job there were 7 days with nice weather (no rain & not too cold), but obviously I was no longer a priority.”

I felt the review was more than fair (I gave 3 stars & he deserved much less). People really needed to be warned about this company.

After my review the owner “Rich” of the tree service called me repeatably leaving obscene & threatening messages. Demanding I remove the above review. When I didn’t respond, he then came to my house pounding the door & screaming obscenities. I had to have the police remove him from my property.

I have the officer’s name & case number of the indecent. If I had included this information in my review would that have made it more acceptable? I assume he was able to get you to remove the review which I feel is shame after I went through to have it posted.

Any advice, or insight into this situation? Thanks.

What would you say to the poster? To the SMB? To Google?

At first guess, I’d say the business owner got a bunch of folks to flag the review as inappropriate and the algorithm removed it.

I’d also wonder if this person went review-crazy and copy/pasted this on a bunch of different sites.

Actually what happened was that Google flagged it as spam. So it was the algo NOT the flagging that did it.

I checked the index and could not find any instance of the review being double posted.

Mike – it would be great if you can get him to give you the link to his g+ profile and the link to the business he reviewed. I usually am able to find some patterns with that. I know from the reviews I had flagged on my own profile – one was for a client who I manage their Places listing (however he is also my insurance agent) and another was for a conference center that I posted while connected to their wifi.

On our own business listing, we’ve had reviews get flagged because the clients of ours who posted them work for the same large corporation and all have the same IP address even though they are in different states.

I emailed him back but have yet to hear back.

Thanks, Mike. It is a rich story detailing many of the issues concerned with reviews.

I’m of the opinion smb’s should have a stronger right to respond to reviews, ie getting the contacts of reviewers, having very visible responses, etc.

On the other hand the stories of smb’s threatening reviewers is chilling.

….and then the technical issues of why this review was removed.

Reviews are a real conundrum. BTW: on that issue, I am more or less of the opinion that the “hadeed” story wherein the Va court sided with the smb, providing for getting the contact info on people who left reviews was a good decision. In that circumstance it deals with yelp reviews.

Its being contested so I suppose resolution on this issue will take some time. Meanwhile I read the reviews on that business.

Uggggggggggggghhhhhhhhhh. The overwhelming number of reviews suggested that service by the company was miserable and there was at least a bait and switch tactic with pricing over the phone, let alone problems with the quality of work.

Then I read reviews of other carpet cleaning services in that area. Overall, other businesses got better reviews.

While our smb’s have suffered from what I know were attack reviews planted and paid for by a competitor utilizing reviewers who are anonymous….reading situations like that of “hadeed” and seeing the threat via the above case…..

I don’t know. Its a dirty issue.

It’ll be interesting to see how these kinds of events play out in the wake of the Hadeed Carpet Yelp case. In the not-too-distant future, there will be no more anonymous reviews, which might increase the frequency with which these types of events happen. I’d hope, though, that a lack of anonymity on both sides would somehow lead to more civil behavior.

Virginia has a unique law that puts the decision to divulge at the discretion of the judge. It is not clear to me that it will provide precedence for other states.

@David: From the perspective of the smb operator I’d like to see that the reviews are connected to real people. I think it would cut down on false attack reviews from competitors or very angry folks with personal agendas above and beyond that of the business service.

OTOH, recently I’ve read of two cases where smb operators threatened reviewers. That is chilling. I’d call the cops on them in an instant. then I’d publicize it. ….and depending on the operator I may need to hire protection. (and I’m not kidding in some cases or with some people)

Overall its a real complex issue.

I spent some time reviewing a lot of review sites for our smb’s including one’s we hadn’t used recently and are not at the top of the visibility list. It was interesting to see that virtually all of them had some kind of sign in policy. That is different from a few years ago. To some extent it appears there is some effort to get a little more accountability from reviewers.

Its still incredibly easy to fake an ID to plant reviews.

I spend a lot of time trying to get the business owners i shoot for to pay more attention to reviews and most of them simply shrug their shoulders. Yet here you’ve given a story of quite the opposite case! I always wonder if there is more back story that we aren’t getting with a tale such as this, but as it sounds now I’d simply retaliate (were i the reviewer) by reposting the same review on Google and adding the owner’s insane response to the former, and further by reviewing on yelp and other sites as well. Still, it begs the question, is the risk of retalliation from a clearly volatile person really worth it for the reviewer just to make his opinion heard? If so, we’ve definitely got a story of two people who respect the impact a review can have on a business!

While tying reviews to real people seems like it should help quite a bit in reducing review filtering and bad behavior, it also reduces the number of real reviews that are left.

In my small town, for example, visitors can remain anonymous to most businesses when leaving reviews. However, locals who have the most history and interaction with local businesses are reluctant to leave less than glowing reviews because of their personal relationships with business owners and employees.

We all want to see “real” and “honest” reviews, but there certainly are a lot of things to consider when figuring out how to get them.