Google Upgrades Self Serve Offers with Performance Based Pricing, Improved Distribution and a Simpler Interface 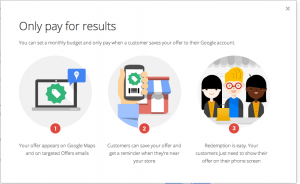 Yesterday Google has once again announced an upgrade to their self serve Offers product.

Ok that isn’t that interesting in itself given the long (it is almost as old as I am) and mostly invisible history of Google’s couponing product but there are some interesting aspects to this upgrade. Besides an easier, slicker to use set up process, the changes that could be significant are the move to performance based pricing and the promise of improved distribution

For the first time Google is charging for the product and making claims about the number of times that it will be downloaded. The pricing model is a pay per download instance. In the coupon I set up, Google is estimating that the Offer will be downloaded between 120 and 160 times per month for a cost of $30 at a cost between $.19 and $.25 per download.

Is it $.19 or is it $.25? It is not at all clear if the pricing is somehow bid based or fixed and more transparency in this arena would be useful. The product retains a free pricing option which one assumes will mean less aggressive distribution or perhaps none if there is a paid coupon alternative. This also reinforces Google’s developing fremium approach to it’s SMB products. 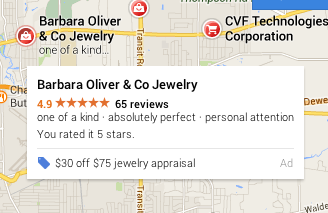 An Offer, highly visible in the new Maps, will be taking on increased visibility in the upcoming Plus page update and retains visibility in Google’s Offers search engine (who knew right?). What is different in this release is the fact that since you are paying, Google will be motivated to highlight the inventory more and has a direct stake in the resultant outcome. Whether the increased visibility in the new Maps is enough to get the kinds of views they are hoping for is unclear, at least you won’t be paying unless the coupon is actually downloaded.

When a user saves an Offer they recieve an email copy of it and are encouraged to download the Android or iPhone Offers App. If they do so they will get geofenced notifications, alerting them that they are near the location of the coupon provider. At least on the iPhone side, the app has very little visibility and low distribution minimizing the value of that feature. It would make more sense to me to use Google Maps and the Plus apps to increase mobile visibility.

Google self serve Offers (aka Coupons) has been Google’s ugly step child of products. Like that step child that sits on the couch watching TV all day and that you can’t bring yourself to kick out the door, self serve Offers has somehow avoided the hatchet over the years despite its long and sorry history buried in the bowels of local.

The current version of the product was introduced as a beta in the Places Dashboard and in May, 2012  but it has existed in a very similar state since its introduction in 2006 . Offers was strictly a self serve, free, stand along coupon, Places based product until April, 2011 when Google rolled out a full blown competitor to Groupon that they also named Offers. The self serve coupon version has stayed in beta as a free product with caveats and with minor upgrades since that time. The main caveat noted at last year’s major refresh was that “Currently, you can create offers from within your Google Places account at no cost during this limited time trial period. You will be notified about pricing details before the trial period concludes.”

The bugaboo with Coupons/Offers has always been distribution. Or rather the lack of it. The coupon inventory has always been buried deep in a custom search engine or lost on a Plus (Places) page. As such, it never has had much adoption by either the public or SMBs. I always thought that it was just one front page placement away from success. Perhaps some day it will make it to the big leagues. In the meantime, it seems that Google is planning on keeping this step child around for a bit longer and hopefully bragging about it to at least the relatives if not the neighbors.

These new Offers can be created in any of the local management environments (Old Dashboard, New Dashboard, + Page for Local, Android Places Dashboard App)  but appears to be rolling out now so it may not be visible in all dashboards.

Here are screen shots of how a self serve offer is created and of the end user email notification: 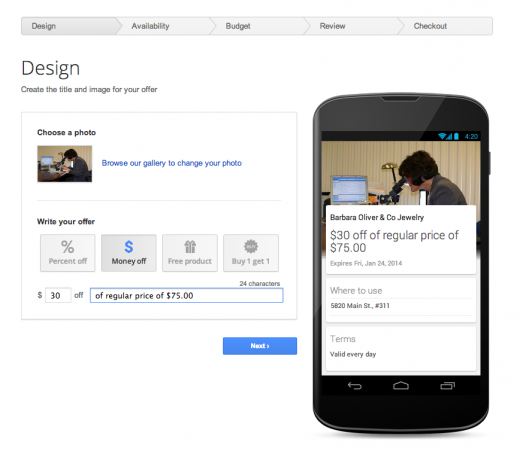 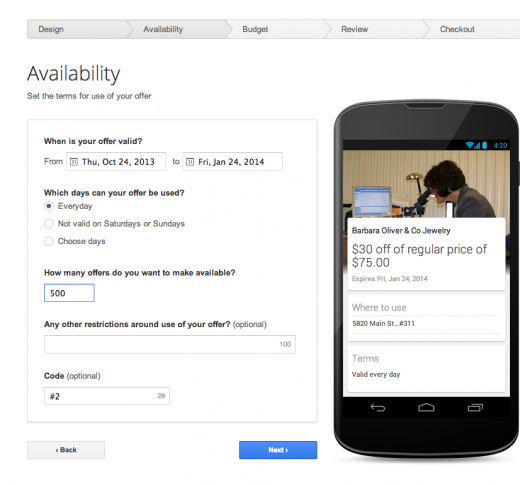 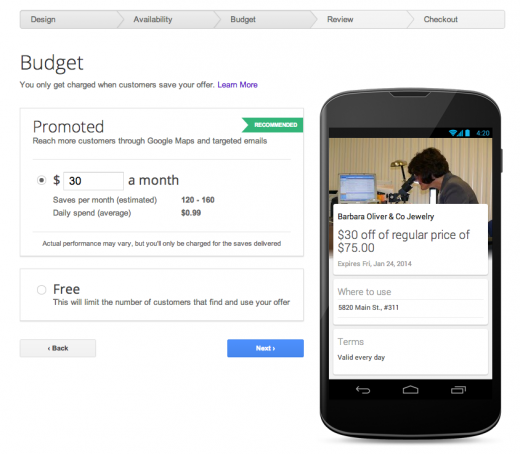 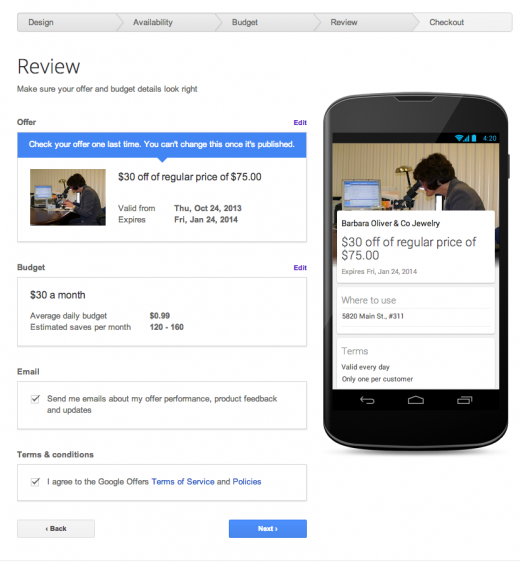 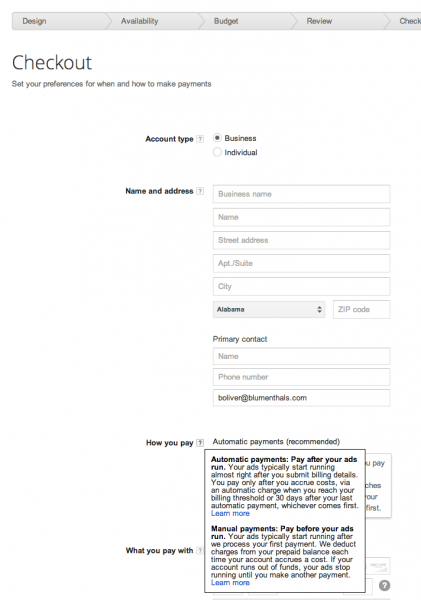 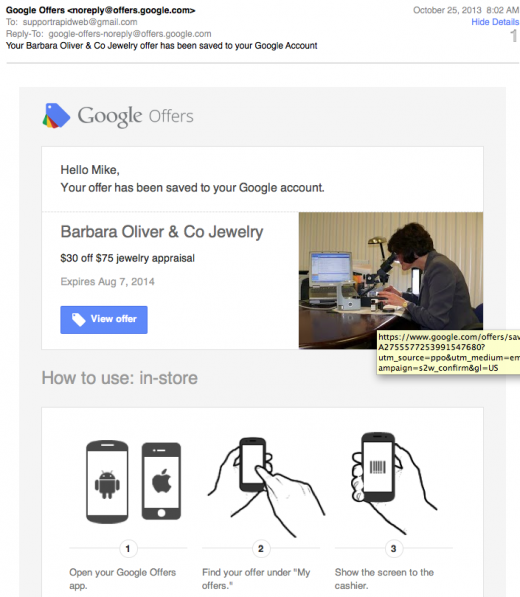 Helpful run down on this, Mike. Thanks!

Life insurance can take care of your family and help them maintain
their standard of living should something happen to you or your partner.

Cheers Mike. This is useful information to know.

You explained it perfectly Mike, thanks 🙂