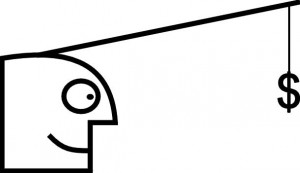 HI Mike, In Seattle last year I was in local U when I asked Joel Headley during his presentation about indirect incentives. We have a system that provides an incentive to customers by offering to make a monetary donation to 1 of 5 local charities the company owner selected, if the customer would donate some of their time to leave a review–good or bad.

We did this so that the customer had no direct gain from it and it fit within the Google “do no evil” mission statement. We wrote the program that managed and tracked this for our customers because we liked the idea that it could potentially generate thousands of dollars to worthwhile charities around the country. At local U Joel specifically said that Google would never have a problem with a program that donates to charity to ‘incentivize’ a customer to take the time to leave a review. I am curious if this is still true.

Personally, I would love to see Google endorse this concept since we learned it does very well as an incentive for customers to take the time to leave a review without any direct reward to them… and it would generate a lot of money to many great local charities if others ran with our idea as well.

Google’s response: “Any incentive offered in return for a review of a specific business is against our policy.”

I guess that you can conclude that any incentive of any sort for a review on Google is not allowed.

Mike, I think in Google’s statement you overlook an important phrase they used: “a review of a specific business.” Note that this is around what our discussion with Matt McGee some time ago about if Google violates their own review policies or not was. The problem here is that they must review one business in particular, but not any business they’d like.

So it would still mean that the contrary is potentially allowed, i.e. getting an incentive to review a non-specified business (any business) on Google Maps 😉

Yes that point is the case…. so maybe you could solicit reviews for your business and your 4 neighboring businesses? (just kidding).

I do see the practices as distinct even if Matt did not.

In the final analysis I don’t really care WHAT the policy is, I am just happy that Google is CLEAR about it…. that in itself is a change.

Thanks Mike for asking the question. I appreciate the fact that you can get a response quicker than I would ever be able to. However, I would disagree with your assessment in the comment above that “Google is now CLEAR about it.” since I just checked and they still have not updated their guidelines to reflect this new “clarity”. So it is only clear now to whoever reads this column.

That is what is so frustrating about Google. I thought I had “clarity” when I asked Joel in his presentation in Seattle. (check the recordings–my question will be in there). Now, after the time investment to develop the program, I learn Joel did not have the authority to “clarify” Google’s policy–but the person you asked now does. So where will this clarity be tomorrow when its someone else?

I absolutely agree with you that I also don’t really care what there policy is as long as its clear and enforced. Right now its “flavor of the month” and its like playing poker with someone who’s making up new rules with every hand dealt. As clear and simple as their response to you was, why didn’t they just put it in the guidelines to begin with?

I know you share my frustration, so I guess I’m preaching to the choir. Thanks again for all you do. -dave

Perhaps Google would argue that the offer, no matter how oblique, is the issue? I have asked for additional clarification in the written guideline. Don’t hold your breath.

I think the reality is that their new spam algo takes too broad of a stroke and would nuke the good with the bad. It might be that they are not opposed to it in theory but they don’t want to disappoint the likes of you that have put in place a process that helps charity. All would be disappointed if the review didn’t show.

And it has been a moving target. When Joel said what he said, they had not rewritten the guidelines nor refined the spam algo. Google lurches around a problem as they move towards stability…. they are too lax (algo wise), they are too strict (algo wise)… they try on different things as they stumble towards balance. I think Joel was representing the reality at that point in time. Things change.

Mike, Perhaps they could argue the offer was oblique, but it would be a weak argument since no matter how oblique the offer, according to their current guideline, th customer has to receive money or product to be in violation. And yes, their spam algo does cut a lot of the reviews out but our users understood that that didn’t stop the donation. After the customer was directed to Google, they received an email asking them to confirm that they left a review. If they said they did, that was what the donation was paid from. The fact that it was good people helping good causes made the honor system work real well.

The spam algo is going to cut out a good majority of reviews with or without incentive. However, having a system that encouraged more customers to leave reviews on an ongoing basis increased the odds that more would stick–helping the company justify the additional charity giving.

Understand, I ram not holding my breath for Google to do anything. I just wanted to address the questions you brought up.

Google really need to address a way to encourage or motivate happy customers to leave reviews. The problem is is that unhappy or offended customers already have incentive to take the time to review a company their incentive being revenge. Good customers expect to be happy with their purchase or service or they wouldn’t use that merchant. So when they get good service and are happy, they simply got what they expected.

Unlike the minority of unhappy customers, there really is no real incentive for the majority of happy customers to take the time and tell others. This is human nature. Unless there is a clear way to encourage the 99% of your customers that are thrilled with you to give up their valuable time to review you, (their loss of time being a dis-incentive to leave a review) reviews will always be skewed by the 1% that feel offended. They have all the incentive they need to to give up their time to take out their revenge.

Google could easily create and offer the charity option, so that it was unbiased to solve this problem of incentive and encouragement. If they don’t provide some method, it will just drive businesses to risk getting caught violating the guidelines. Simply saying NO won’t stop it being done by SMB’s if there is no ‘compliant’ alternative available.

Like anyone who believes that rules are all you need to curb behavior, with no adequate means of policing it, such rules only punish those who want to play right and follow them. Didn’t we just go through this when it came to buying links until they finally released penguin?

There would be no need for Google to waste the time developing ways to “police” their review policy if they gave SMB’s a clean way to encourage customers to take the time and leave a review. We found businesses embraced the idea of using marketing dollars to support local charities not to mention the PR if Google had a revenue stream that went exclusively to local charities.

Oh well, time to get back to reality. Thanks again Mike. -dave

I agree with almost everything you say with one exception. You say: there really is no real incentive for the majority of happy customers to take the time and tell others.

I think that there is. The ask. Many, at least enough, will be incented after a good transaction to leave a review simply if the owner asks them. Most people find social equity to be enough of a motivator and do not need the extra incentive of money or a donation.

I’m not sure I’d agree with Google’s policy here. I think there’s something self-policing about incentives for reviews. At HomeStars, while we don’t condone incenting reviews, many companies do it, and many do it for charity, which, IMO, is a much better way of doing it.
The self-policing part of the equation comes in when the homeowner writes the review that says something along the lines of “Bob was great, please send my $X gift card”. (Believe me, it happens!) That kind of review negates all the good comments by everyone else.
Yes, many homeowners will write a review without an incentive or just a request from a contractor, but sometimes an incentive like a charity or something small just moves them the final step to action. A charity donation is a good one, and another we’ve seen works well is company SWAG. It hardly does your reputation any harm if someone says “I wrote this review to get my “Bob’s Plumbing” hat.

It is good to know that charities should not do anything to incentivize reviews. One of the things that always worries me about Google reviews is that people with poor experiences have much more incentive to leave a poor review than people with good experiences. Would it be alright for charities to ask people for reviews?