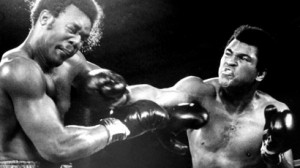 Facebook with the rollout of Graph Search (terrible name) is staking its ground in local search. Here are selected comments from Matt McGee, Danny Sullivan & Greg Sterling that I thought summarized the situation well:

What Does FB (Graph) Search Mean for Local?

If Facebook’s execution is successful and the UX is good then the local search market may consolidate around Google, Facebook, Yelp and to some degree Apple in mobile. Vertical and niche sites/apps will remain viable and perhaps continue to thrive. But “thin” horizontal local sites could effectively be done.

The early weakness of the product will be data and the fact that its database is limited or incomplete vs other competitors. This was especially true in my test of Nearby vs. Yelp.

While it’s still a bit too early to say I’m not going that far out on a limb to argue that it’s possible Facebook Graph Search (and Nearby) could become just as important in local as Google.

Facebook Graph Search will be more valuable to active Facebook users — those who’ve actively Liked businesses and pages, artists and movies, and so forth.

The big question for the long haul is whether or not Facebook Graph Search is good enough that users will change their search activity enough to put a dent in “the Google habit.” Although Facebook is saying that its new search product offers a different use-case than traditional web search, anything that keeps users on Facebook longer and away from Google would be a win in Facebook’s view.

Local search may be one of the most compelling use cases. As the second screenshot above shows, Facebook can build a very Yelp-like and Foursquare-like local recommendations engine based on the combination of friends, their Facebook check-ins, their “likes” of local businesses and similar data.

The business Page is what a small/local business can control the most, and Facebook’s three specific tips for business owners, then, are focused on optimizing a Page for the new search (and this is straight from their post):

How The New Facebook Search Is Different & Unique From Google Search

With Facebook Graph Search, the objects we search for aren’t web pages but instead virtual representations of real world objects: people, places and things. The connections are primarily Facebook Likes. Did such-and-such a person like a particular photo? A particular doctor? A particular restaurant? Those likes are the ties that bind the information in Facebook together.

Need a good plumber? An electrician? Someone to do your taxes? A doctor? A dentist? These are all typically questions that are great to ask friends. You trust friends. With Facebook Graph Search, there’s the promise of asking all your friends this at once without actually having to ask them. You can just search and discover professionals like this that they like.

That all depends, however, on whether those professionals themselves have created a presence for themselves on Facebook. In turn, it also depends on whether those who use them have also liked them. Without those connections, there’s nothing to mine.

If the utility to use Facebook as a type of super-Yelp or super-LinkedIn doesn’t prove itself at first, at the very least, Facebook Graph Search will allow people to search within Facebook itself in a better way than they can now. For example, people will be able to find all the photos they’ve liked on Facebook.

It remains very early days, but I already find it fascinating the types of searches this is allowing me to do, searches I hadn’t contemplated before. It reminds me of how in the past, we wouldn’t have thought of doing things like YouTube searches or Twitter searches, since we didn’t have those resources. Now, we search at these places for unique needs. Facebook is a great repository of data, and it finally has a search catching up to all it knows.

Prior to seeing the new search, I was not certain Facebook would ever live up to the hype it has accrued over its short life. It’s a good service, but it’s flat – over time, it struck me, people would tire of tending to it. They set up their social graph, toss a few sheep, poke some pals (or not), “like” this or that (often off-domain), waste hours on Farmville, and then…engagement drops slowly over time. I’m also not a fan of Facebook’s domain-specific approach to the world, as many of you know. Facebook’s new search doesn’t address Facebook’s walled garden mentality (yet), but it nails the first issue. Once this search product is rolled out to all of its members, Facebook will no longer be flat.

Put another way, Facebook needed a service that layered a fresh blanket of value over its core topography. Graph Search is it.

I think the above sums up the situation pretty well. Facebook has a chicken and egg issue and local is devilishly difficult to do at grand worldwide scales. And that raises this question: How will Google respond?

The view from where I sit? Facebook has scale and they have an audience. And they have bright people, lots of money and desire. In that regard they are unlike any competitor Google has had in local in recent times. Can Facebook change people’s behaviors? Can they get enough data to solve enough queries that it becomes a useful discovery engine? Yes but it will take time.

And Google never sits still. They are hyper competitive and are unlikely to give any quarter to Facebook in local. Google has a long history of directly confronting competitors in local and winning. With the YellowPages, Google did a better IYP. With Mapquest they did a better map. With Yahoo they did better search and better mobile. With Groupon they did offers and waited. With Yelp they are doing reviews and if not better quite yet, at a bigger scale. They have confronted every competitor head on and aggressively.

Google clearly has been working hard on building out a social graph and their knowledge graph around local entities. They are in the process of building out a more robust, stable and comprehensive local infrastructure. But that process has left their local product in a state of disarray that every SMB hopes will be fixed quickly. Its product is too complicated and opaque for most businesses to get their heads around.

Now that Facebook has shown their hand though, Google can now focus their energies. And focused it will be. Will Google win this one as well? We won’t know the answer to that but the games have started and it should great game to watch.

Great POV summary of some great thought leaders. Thank you.

Facebook’s Nearby and Social Graph are interesting. So many questions I’m curious to have answered..

Will Facebook’s social graph relay on it’s internal social and localeze data, or will it look at reviews/citations/etc across the web?

Since most of FB business pages are public, will FB’s social graph influence business listing rankings on other engines? If not Google, maybe bing? Others?

I think FB has created a turning point for social in local/mobile. 2013 I imagine will put emphasis in social metrics, likes/reviews/check-ins/etc in localization. Exciting!

Funny that this comes on the heels of Google’s all-too-generous, brand-spankin’-new phone support. I’m sure the FB folks and the people they know kept mum, but still…Google’s timing makes you wonder. It’s interesting to think of what we’d be saying if these two developments happened in the reverse order: FB rolling out Graph, followed by Google stepping up its game.

Informative article mike, I also liked the pertinent and timely info you provided from some of your peers 🙂

I second all of commenter Josef’s questions… there is more unanswered by this announcement than there is answered.

Right now, if I felt comfortable with the answers the new FB Graph Search provided after querying “restaurants nearby that my friends like”, I’d think it was a good thing. But I’m not all that interested in just what my friends think about nearby restaurants, I’m more interested in what everyone thinks about nearby restaurants. However, I’m inclined to think FB will get this right over time.

@Josef
re: Will Facebook’s social graph relay on it’s internal social and localeze data, or will it look at reviews/citations/etc across the web?

I read nothing about localeze just creted pages and Bing. It appears that it needs to have a “graph” ie like etc to show… but its a good question.

As to reviews if you look at the nearby product I think you see their review plan… go mobile, get ratings, show likes and solicit recomendations.

I doubt that they will play well with the rest of the web on any of the content and am equally sure that Google will scrape what they can.

@Phil
I am predicting a good fight… but I leave the call to the oddsmakers. 🙂

@Andy
Yes there are a number of issues in that regard… the limit you point out, but also the unlikely scenario that anybody would look for things that require some annominity (DUI laywers, plastic surgeons etc etc etc)

If there is any one entity that can finally put a challenge to Google it will be Facebook. The key flaw, mentioned by your thought leaders, is lack of consistent across the board data. It is easy to get consumers to submit and write info about their favorite “glam” businesses (ie Restaurants, Spas, Nightclubs) but it is much different to get them to share their favorite podiatrist or OB/ GYN.

This is a long battle but Facebook is technically way ahead of Google (or Google+); they have the audience and interaction. Crowd sourcing is much easier when you have an active and robust crowd. If they tackle the big verticals in a holistic and ongoing approach they can really do some damage. Once folks start really upon FB for finding “glam” businesses the outliers will be the inevitable next step.