Ah… the Irony Of Google Local – International number handling issue is solved, no it isn’t

There has been a persistent bug in G+ Local’s (mis)handling of international phone numbers that Barry pointed out in his blog today. This problem has been on-going for a number of months and Google is aware of the issue.

However I found the irony of these two posts showing together in my G+ stream too rich to not note. As I pointed out in another post that in Google Local:

Google’s policy of release early and iterate often and innovate often, leads to more than its fair share of bugs particularly when they forget the iterate often part. 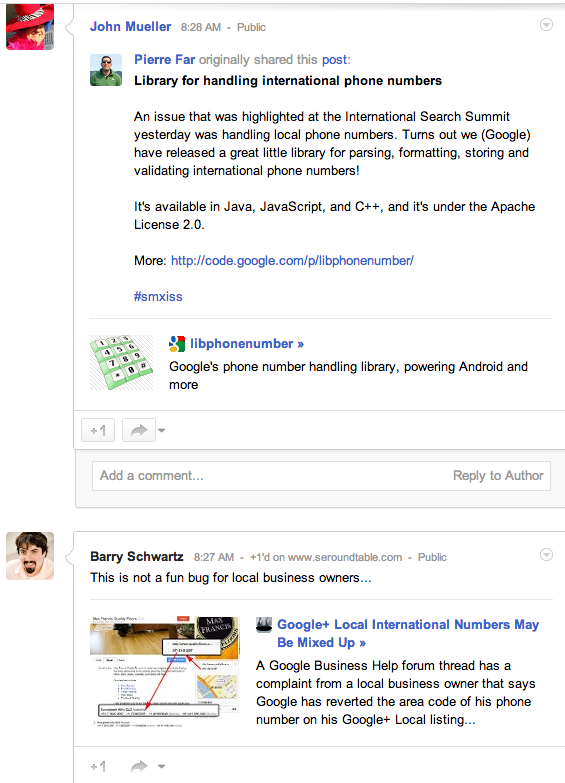