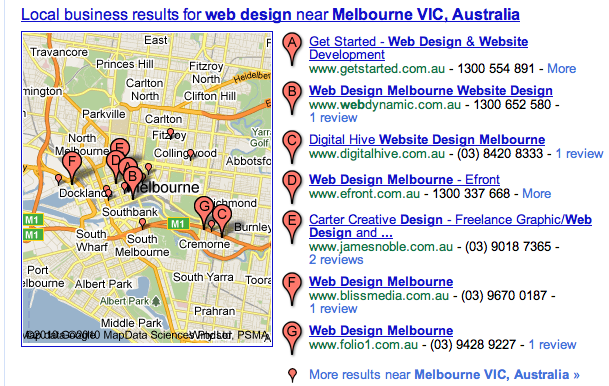 I lived in Kenya for several years in the mid 70s. About every 6 weeks I would take the train from Nairobi to the funky seaport of Mombassa and upon arrival at the coast, would frequent a local bar where the beer was cheap, the ambiance authentic and “working” women would congregate. I would enter, they would buzz around me for a few minutes until they realized that I was just getting a beer and would soon return to their tables. On occasion I would strike up a conversation and learn the women’s back story which usually involved a missing or worthless husband and the need to send their children to school or to support aging parents.

It was always a cordial environment until the sailors from a recently ported US Navy ship would hit the scene. It would become a mosh pit of human wants and needs with a frenzy of negotiation and resolution. Human relations had been reduced to the value of a few shillings. It was never clear who was the exploited and who was the exploiter. To think that it was victimless was and is naive but the Navy obviously was aware of the scene and for reasons of their own, never intervened to change it.

The other day, I was looking at the listings for Web Design Melbourne.  I was examining the listings there on behalf of Paul of Simple I.D., a hard working web design firm in Melbourne, that was struggling with the affects of a recent move and lamenting his invisibility within Maps.

It quickly became clear that every cheap and not so cheap trick to manipulate Google Maps to get an edge was in play. It reminded me of that  scene at that bar so many years ago, a mosh pit of base human activity  where the only important thing in the end was to gain the edge and get what was wanted.

So why is Google letting these listings stand? 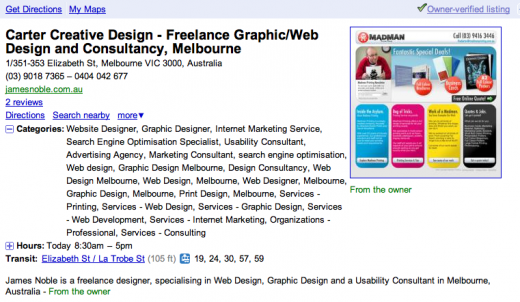 As I dug through the 7 Pack, it was like an archeological dig through the annals of Map spam. Obviously every business name in the list included Business Title Spam. Who knew that there were so many firms in town named “Web Design Melbourne”?

But there was also a full array of category cramming (getting more than your allotted 5), category geo-spamming, hijacked unclaimed listings and more.

The most interesting of the 7 was the number one listing for “Get Started – Web Design & Website Development” that had employed none of the obvious tricks except title spamming but was using a large number of its own sites (I stopped counting at 6 or so) to create a citation/link farm to game the system.

It became clear to me, that Paul, taking the honest, long term approach would have little chance until Google intervened and cleaned up the listings.

Why they haven’t is a mystery.

In the US, they had long ago stopped showing local search results on searches for web designers. At the time, it was widely assumed that they had done so by hand. Each and every tactic in use by these listers has been algorithmically banned or punished. One presumes if they can clean up much of the locksmith spam they can deal with a few web designers, who seem downright tame in comparison.

Clearly, Google must be aware of the listings being spammy and could have removed them. Why then arn’t they being taken down?

Searchers looking for a design firm in Melbourne are only presented with less than honest companies that are willing to break the rules to gain any advantage. The businesses that do play by the rules are left to pick up, not even, the crumbs of the results.

One can only assume that Google, has some motive in keeping these listings active. Perhaps they are using the information, like Carter Maslan has pointed out, to better understand the tactics of spammers and further “inoculate” Maps for the future. Perhaps, from Google’s point of view, there is a greater good to be gained long haul.

However, as in the bar in Mombassa, this is not victimless activity. Google, like the Navy, should make no mistake; there are consequences in allowing this to go on. Experimenting with the lives of the small businesses involved, if that is what they are doing, is a questionable practice at best. Allowing searchers to find only those suspect businesses most willing to break the rules is contrary to Google’s oft stated goal of focusing on the user’s needs.

Regardless of the reason that Google is letting these results continue to show, both the users and the honest businesses suffer and to some extent, Google does as well. The results should be cleaned up.

Well written post. You make a very valid comparison. Small business owners are desperate for business but Google needs to clean up the local listing.

Great analogy Mike! I know in talking to another web design/marketing firm in Australia they seem to be a couple years behind the US in spam control. The company I am familiar with would produce numerous micro-sites for their local listings and were successful at top rankings. I really don’t understand why the same ‘rules’ don’t apply for all countries.

Great post Mike, and nice story from your days in Africa.

From what I’ve seen of enforcement of Business Title Spam is the use of new filters that seem to kick in only after a recent edit of a listing. Perhaps none of those web design firms have edited their listing in the last month or two and are still slipping past that new filter.

But it seems the new filter may be applied selectively by category. In the personal injury attorney space, in the US at least, I’m seeing far fewer keyword loaded business names and more of the typical law firm names using partner surnames like Smith, Jones, Anderson and Co.

I’m thinking it’s selective because I’ve talked to some other businesses recently, outside the lawyer space, still using location and category keywords in their title, with edits as recent as a week ago, and they are not getting hit with the “we currently do not support this location” penalty, or the “rejected” listing penalty.

So perhaps web design is one of those categories not yet using that filter, and/or, that filter is not being used yet in Australia???

Google’s approach on all of this is rather silly. “Our algorithm is HEAVILY reliant on keyword occurrence in titles, descriptions, and additional field text, but please, please do not use your keywords in your listing. We’d sooner penalize you for it than adjust how the algorithm weights keyword occurrence”

@Puresheer
Life is tough particularly in your field!

@Stever
I agree with your theory of the selective application but it is hard to understand why none of the penalties that have been seen in the US and in Europe would not be in affect….

Layers of selectivity. By category and by location. In Canada the web design listings got axed at same time as US and UK. Then for a while they came back. Just checked and they are gone again, yet still alive in Australia.

Andrew Shotland sent me a screenshot of a search result from Australia last night that included a couple video results in Universal results, yet same search in US and Canada did not have the vid results. Organic results for same search (non location based) had little movement in top 3 results but completely different sets for remainder of top 10 for each of .com, .ca, and .com.au

Each country is using slightly different algorithms and page layouts, so I imagine the selective decision to ban a category (web designers) is applied in some countries, yet not in others.

Mike, I was looking for some Google news on your blog and found myself touched by that story on the seaport of Mombassa. The tech part was edifying, the personal part was really great!

Thanks. I don’t usually share the details of my previous lives here but if it helps Google understand the context to clean up this mess than it is worth it.

Which bar Mike? Do you think its still around and full of opportunity? 😀

Maps/Places: Its a big cr@p shoot. Very much like the wild west with sparse and inconsistent enforcement. Not enough Wyatt Earp’s in the Maps/Places world. Basically, Google simply doesn’t want to staff up.

Meanwhile, I can’t but think that the advertising monies from smb’s have to be growing after all these efforts by google to increase smb interaction.

3:30 am Mike? wow…you must’a closed the local pub and THEN felt like blogging….

@earlpearl
For the life of me, I can’t remember the name of the bar although not for lack of trying!

Further to this thread, Mike…I found the following article over at SmartCompany, on BlackHat SEO…and one of the examples is “Melbourne window cleaning”…..

Great read too, tho a bit basic on what BlackHat is, but the examples given were nice to see and to still test as true….

.au appears to be very well “spammed” when it comes to google guidelines, eh? but to be fair, there’s tons of others here in .ca land too!

[It would become a mosh pit of human wants and needs with a frenzy of negotiation and resolution.] Sounds like Congress when the Special Interest Groups are in town… I had dominated the local listings in my small town in NJ for SEO and Web Design for quite a while… thanks for mentioning the powers at Google eliminated the US maps for some of these categories. I had not noticed it until you mentioned it. You know with the “sponsored” listings on Maps now I would think they would be willing to make 6 to 10 bucks a click for those categories now… but I guess with 90% of the clicks being done by competitors they would get a lot of complaints about it.

Nice story, I was wondering where you were going with the story about the bar 🙂

@Stever
It does seem that Australia’s algorthem is mildly different than the one in the US. The only time I can pull up web designers or seo in a map pack is by using the words “near” or “in” between the search term and the geographic location. It guess that those words show or prove geographic intent?

Excellent article! Is it just me or have I just recently seen Google clean up some of the worst “local results”? On Saturday July 10th, I noticed several local spammy listings for local Minneapolis florists had been removed. Awesome, I hope they don’t make a comeback. Good on you Google, finally after years of seeing national floral call centers popping up as local florists, it seems mostly real local biz is listed instead. Its not just locksmiths and web designers, florists have been trying to get the “crumbs” as well. Thanks

Pretty great post. I just came upon your web site and wanted to point out that I’ve truly enjoyed browsing your blog content. I’ll be opting-in for your feed and I hope you publish another post again shortly!

Ah ! GOD knows better why Google is not serious about removing these listings, but one thing is sure that we the users are the real victims and some body out of us is requied to start a comprehensive compaign to motivate Google to take stern steps in this regard.

wow what a mess. great example of what not to do though. surprised GP is still showing up on front page for website design in Melbourne.