Today’s announcement by Google of their Google Maps Navigation GPS app for phones running Android 2.0 has caused a significant decline in the stocks of Garmin and TomTom: 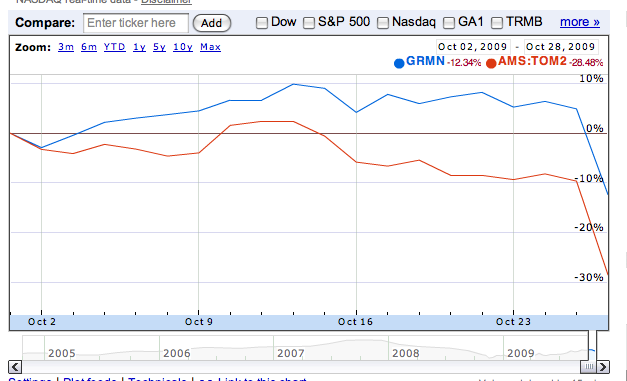 In related news, according to AppleInsider, Google has said it would also like to support the iPhone with Maps Navigation if Apple approved the app:

“Apple is a close partner,” a Google spokesperson told AppleInsider Wednesday. “Millions of users experience Google Maps on the iPhone. We will continue to work with Apple to bring innovation, including Latitude and Navigation, to users but you’ll have to speak to Apple about availability.”