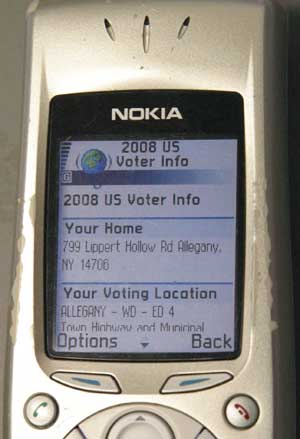 With the U.S. elections less than a week away, voting drives are ramping up. Political parties and non-partisan groups alike are sending out volunteers to encourage citizens to vote on November 4. To make sure these volunteers have the same voter info tools available to them on their phone as on their computer, we’ve now launched a mobile voting locator tool on m.google.com/elections. (Click here to send this to your phone.)

It is nice to see that this tool works on new smartphones as well as on older not-so-smart phones like my ancient Nokia 3650. Good Job Google!

This is a great way to really stay in front of your voters.

@Nick
Yes it is. Google has the amazing ability to really aggravate me one day and tickle me pink the next.