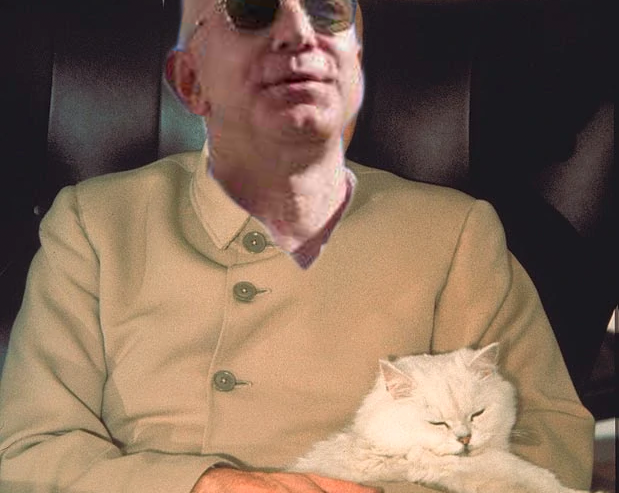 Last Tuesday, February 2nd, was a big news day for Amazon. Everyone read the headlines that Bezos was moving on up to Chairman of the Board in the 3rd quarter.

The stock market responded positively and the news of the change and the story gained widespread traction with Google showing 44,500,000 articles on the topic:

The Buried Lede – Amazon To Pay $61.7 Million to Settle FTC Charges It Withheld Some Customer Tips from Amazon Flex Drivers

The FTC published their findings and penalty on, you guessed it, February 2nd. They held a news conference for 11:30 that day. And yet the news was completely lost in the shuffle of the Bezos transition with Google noting 218,000 articles on the topic.

The story of the nearly $62 million “misappropriation” should have held the headlines, the stock should have been impacted and a company that “withheld” $61,7000,000 from drivers should have seen some penalty for this egregious behavior. And yet the money is being used to repay the drivers and Amazon “will be prohibited from misrepresenting any driver’s likely income or rate of pay“.

The employee email from Bezos that was released could have been released last month or next month or any time between February 2 and the third quarter. Yet is was released at exactly the same time as the FTC announcement.

What Really Happened According to the FTC

The details of the “misappropriation” story are quite damning, with details of intent and process changes that are hard to interpret any other way than outright theft.

Being a Flex driver is a difficult lot. Amazon is a tough task master and these drivers earn every penny. They should get what they signed up for yet:

“Amazon and its subsidiary, Amazon Logistics, the company regularly advertised that drivers participating in the Flex program would be paid $18–25 per hour for their work making deliveries to customers. The ads, along with numerous other documents provided to Flex drivers, also prominently featured statements such as: “You will receive 100% of the tips you earn while delivering with Amazon Flex.”

“… in addition to telling drivers they would receive 100 percent of their tips, Amazon also assured its customers that 100 percent of any tips they paid would go to the driver.

“In late 2016, the FTC alleges, Amazon shifted from paying drivers the promised rate of $18–25 per hour plus the full amount of customer tips to paying drivers a lower hourly rate, a shift that it did not disclose to drivers. Amazon used the customer tips to make up the difference between the new lower hourly rate and the promised rate. This resulted in drivers’ being shorted more than $61.7 million in tips.”

Apparently Amazon intentionally failed to notify drivers of the changes and decided to only answer direct questions when asked. Drivers, who noticed the shortfalls, received “form e-mails falsely claiming that Amazon was continuing to pay drivers 100 percent of tips“.

Amazon continued the behavior until August, 2019, soon after they had received notice from the FTC of the investigation.  After which they returned to the 2015 practice of actually paying drivers their tips.

If it walks like a duck and quacks like a duck, it is a duck. Despite calling it misappropriation or withholding let’s call this what it is: Theft. This is money that after being promised to the drivers was taken directly from them.

Was it just an oversight? Apparently not as “internally, Amazon employees referred to the company’s handling of the change and driver complaints about it as an ‘Amazon reputation tinderbox’ and ‘a huge PR risk to Amazon‘”.

Is Amazon evil? Is Bezos evil? The first response that most consumers have is that that is the case. It is popular in our culture to want a villain in our otherwise idyllic tale on the hill. We convince ourselves that it is somehow “bad guy” of the day having gone astray.

And yet Amazon clearly is not the only or the first company to steal tips from employees. My wife’s boss when she was a waiter in the early 80’s did it.

But with the advent of the “sharing economy” it has happened at a scale that has been breathtaking with the likes of Uber, Instacart, DoorDash, Walmart and many others accused of underhanded and shady dealings with their employees (oh did I just call them that? er… contractors) that have lead to public shaming. And to the consumer boycott de jure.

Unfortunately as  a culture and body politic we have bought into the story that capital is good, regulation bad, that entrepreneurs are heroes and workers are but lazy slugs biding their time until vacation. Somehow, as well, the story has been pitched that the housing crisis of 2008 was a failure of the individuals that didn’t have the moral fiber to make good economic choices and we have believed it.

Until such time as we (as in we the people) understand the reality and demand better of ourselves, our culture, our businesses , our press and our governments that permit all of this “misappropriation” we will continue to see this happening time and time again.

It is, unfortunately, the American way.

Wow! Theft is right; and, it is the American Story, the economic story : “Unfortunately as a culture and body politic we have bought into the story that capital is good, regulation bad, that entrepreneurs are heroes and workers are but lazy slugs biding their time until vacation. Somehow, as well, the story has been pitched that the housing crisis of 2008 was a failure of the individuals that didn’t have the moral fiber to make good economic choices and we have believed it.”
Thanks for noticing and bringing it to our attention, Mike.

I don’t think you are right, but anyway thank you!

it is really admirable how you always see projects through from conception to completion and also provide online book shop to get the books to prepare the exams. However, it is not recommended for parents or children to go physically to the shops for book supplies. Hence there is a need for online book shops such as https://kitaabnow.com

You have written a great article keep up the good work.

Thanks for this great post, if you need an electrician, then call us today

Great article with an excellent idea I appreciate your post thank you so much and let keep on sharing your stuff.

Great article with an excellent idea

You have written a very good article. Thanks

Thanks for posting when you’ve got the opportunity, Guess
I will just bookmark this blog.
<a href="online shopping of anniversary gifts for husband

I understand well. Thank you for such a great article

You have written a very good article. Thanks

Great article! Your point of view on the topic is spot on.

Useful and informative article.
Thanks for sharing

Hi Mike! Can’t stop laughing at the pic. However, the article is interesting. Thanks for such wonderful piece of information.

Useful and informative article.
Thanks for sharing